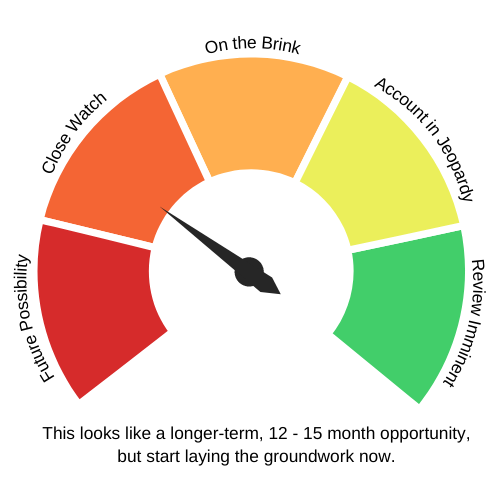 recently named GYK Antler as its creative partner to evolve its brand platform and continue fueling growth across the outdoorsy consumer product and hydration space. To celebrate the assignment, GYK Antler launched a 3D animated video of a CamelBak container going to the agency's office and being welcomed by the building. A new campaign will reportedly go live soon, so sellers should get in touch to secure last-minute ad dollars.

Spend shows no sign of slowing down, especially with a new campaign set to launch soon, so sellers should contact soon to offer high-ROI strategies among outdoorsy types. The sharp increase in CamelBak's digital spend, along with its reliance on paid socials, suggests a target demographic consisting primarily of Gen-Z and millennials. Since this audience tends to engage most with digital channels, CamelBak may make future forays into additional digital channels such as OTT and/or podcast. The brand holds planning conversations in Q4 and buying conversations in Q3.

Agency & martech readers - We suggested parent company Vista Outdoor would seek creative and/or media agency partners late last year, so a media review could be next. OutsidePR is CamelBak's PR AOR. Vista could also seek an agency partner to help with Foresight Sports, which it acquired late last year.