Among Jacobus's top skills are digital marketing strategies (specifically email, web, mobile and social) and strategizing loyalty programs, per LinkedIn. Jacobus has experience with special events celebrating veterans and active service members, something Logan's also has done in the past; sellers may want to place ads in front of active and veteran military service people. Logan's has strived for southern appeal since CEO Hazem Ouf joined in 2017 (per Biz Journals), and sellers may want to keep that in mind, as well. 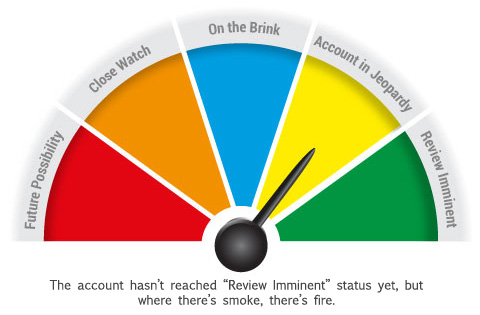 Since 2017, Logan's has been decreasing digital display spend, so sellers may find it more beneficial to offer TV space (more on that in the following paragraph). Over the past 365 days, Logan's has spent $368 on programmatically placed ads through Google. This is nearly 56 times less than what was invested in the year prior ($20.5k). Since Jacobus has more experience with digital strategies, sellers may see an increased need for digital display space with his hire.

Current spend data for national TV is not available, but according to Kantar, Logan's invested $1.2 million last year in this channel, whereas CraftWorks only spent $2.2k on total marketing efforts (mostly on OOH). This makes sense, as Logan's only has locations in 23 states (as opposed to a national footprint). Sellers in the Southeast and Midwest will have an advantage securing local and/or regional TV dollars.

Since Jacobus's departure from Cotton Patch, the company placed its first TV ad; during his service, the company did not utilize this channel, so I wouldn't expect Logan's to increase spending dollars for TV any time soon. Note, however, that Cotton's footprint is smaller than Logan's, which likely had bearing on spend/channel allocation.

Sellers -- Offer digital space since Jacobus specializes in that area, and he only just started; hopefully, we'll see more spend in this area with his hire. But, don't fully expect them to need digital display, seeing as spending dollars have shifted drastically from the previous 365 days in that particular channel. According to Kantar, Q1 was the top spending period in 2018, but it was between Q1 and Q4 in the two years prior.

Agency readers -- Do you see what I see?