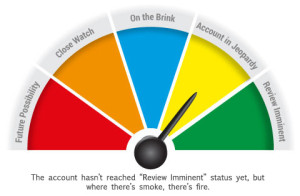 Party City (PC) promoted Susan Sanderson-Briggs to brand marketing SVP. Sanderson-Briggs joined the company in June 2020 as brand VP. This promotion shows that PC is ramping up its marketing, which would result in increases in its spend, especially in H2.

As you can tell by the video above, PC remained relevant amid the pandemic by providing parents, specifically moms, with online tutorials.

iSpot reports that this party goods retailer made its 2020 foray into national TV advertising in October 2020, which makes sense considering the surge in demand it experiences ahead of Halloween. PC ended up spending approximately $3.7m on this channel by the end of 2020 and has already spent approximately $3k, 81% of its full-year 2020 spend, on it so far this year. The company's commercials of 2021 have targeted a wide audience through Verified Videos, The Best of Future, Epic.Awesome.Videos and Classical Rewind.

PC tends to target kids and their Gen-Z and millennial parents, especially moms; since its costumes are popular for Halloween and birthdays, spend will likely spike ahead of September (when the majority of American kids have their birthdays) and October (Halloween). Kantar data reveals PC additionally utilizes OOH media. I briefly alluded to this when I mentioned the promotion of senior manager Baez, but PC also invests in earned media, specifically via email.