Pizza Hut. Two spots, titled "Balance" and "Ever Since," featuring a song by Bill Backer have been released across social, TV and outdoor channels.

The brand doesn't have a top spending period specifically, although spend in generally weighted to H1 and begins to taper off around October. Therefore, reach out throughout the year to secure revenue, keeping in mind its target male demographic (millennial skew). 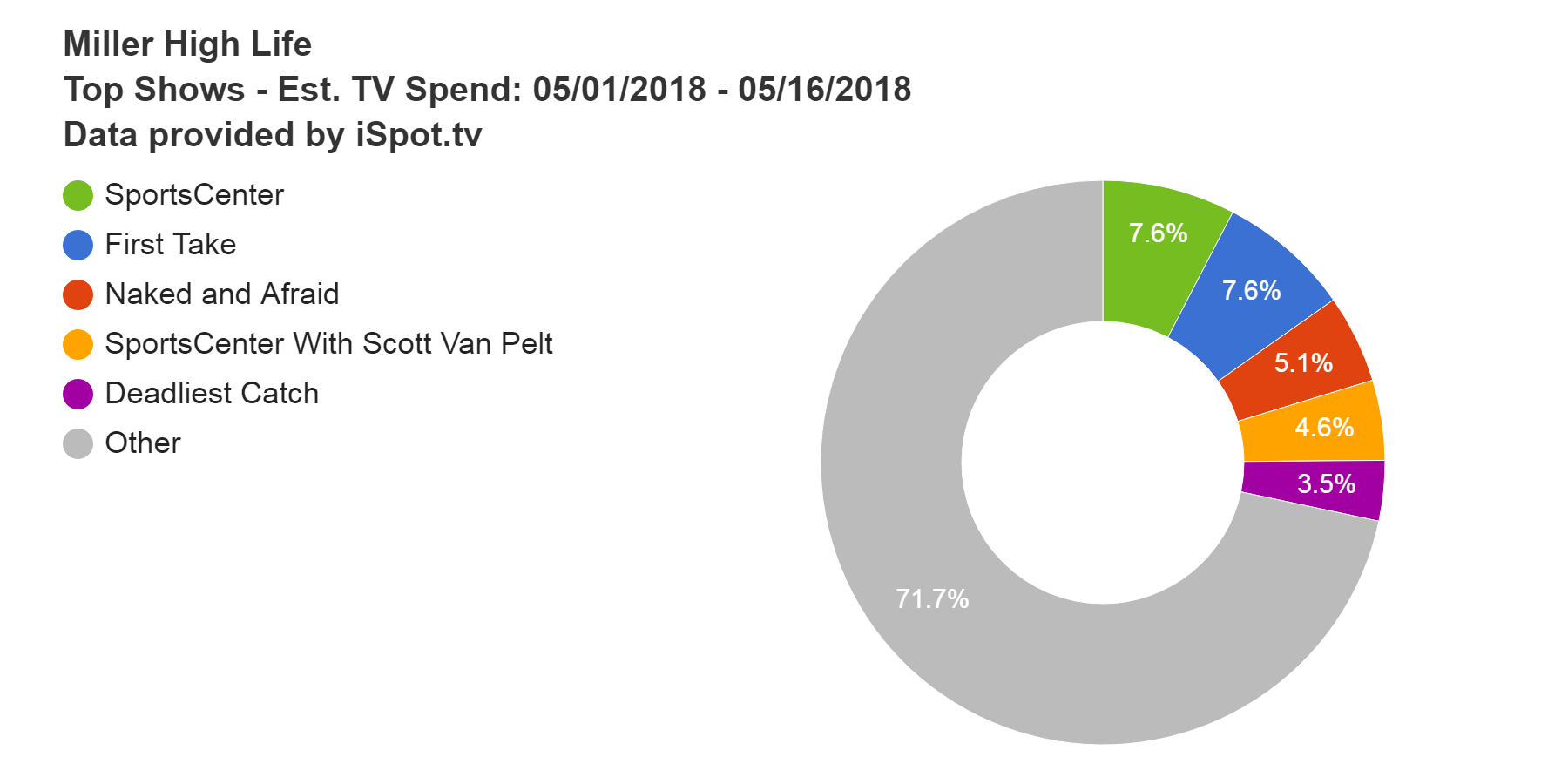 So far this year, the beer brand has spent $35,300 on 8.7 digital display impressions, per Pathmatics, with ads placed through TubeMogul on sites including rollingstone.com, diply.com, washingtonpost.com, accuweather.com, msn.com, and answers.com. MHL's total spend last year of $664,100 ended up significantly increasing from $398,300 in 2016.

Media buying and planning has been handled by Connect at Publicis Media since 2017, a good bit under average agency tenure (2.5-3 years).