Due to the nature of the hire, I wouldn't expect to see a new campaign. However, local sellers can reach out for increased dollars as a result of the new strategy. Sellers with a wider reach can reach out, as well, since there may be last minute dollars tied to top spending periods Q3 and Q4. Humana has a wide demographic (anyone who needs health insurance), but they typically skew older towards Boomers.

Spend has decreased this year, but that's likely because Humana has been partnered with Heritage Provider Network to cater to Medicare Advantage members in California.

However, I would expect spend to return to previous levels since Humana will need to stay top-of-mind amid the industry shake-ups (Express Scripts and Cigna). They run through all channels, but digital, TV and print are their biggest. 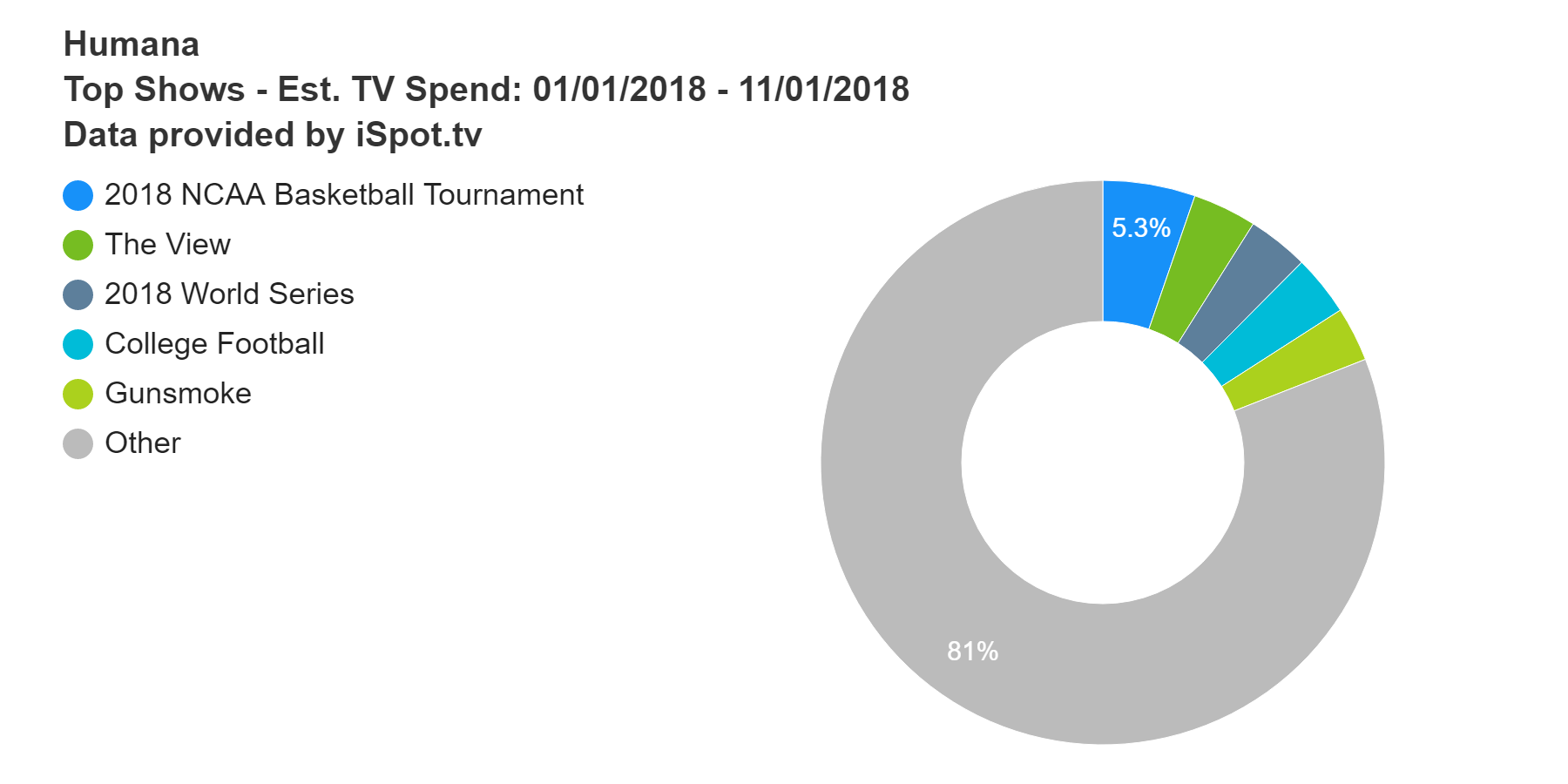 Agency & martech readers -- reviews often follow one another, so those of you with healthcare experience should reach out for media, digital, creative and/or PR work. Focus pitches on helping Humana stay top-of-mind amid the industry shake-ups and fight off competition. Competition will likely include media agency since 2010 Sparks & Honey.