chain Del Frisco's Grille, where he served as CMO from 2016-2017 and as president from 2017-2019. He now focuses on D&B's guest engagement, loyalty and brand recognition.

Within the past year, D&B also added Kevin FitzPatrick to its team as digital marketing VP; we have already seen digital display ad spend rise under his leadership and should also see more opportunities in other digital channels.

Over the past few months, D&B's sales have started to slump; execs in its most recent (Q2 2019) earnings call blamed this on competition and cannibalization. 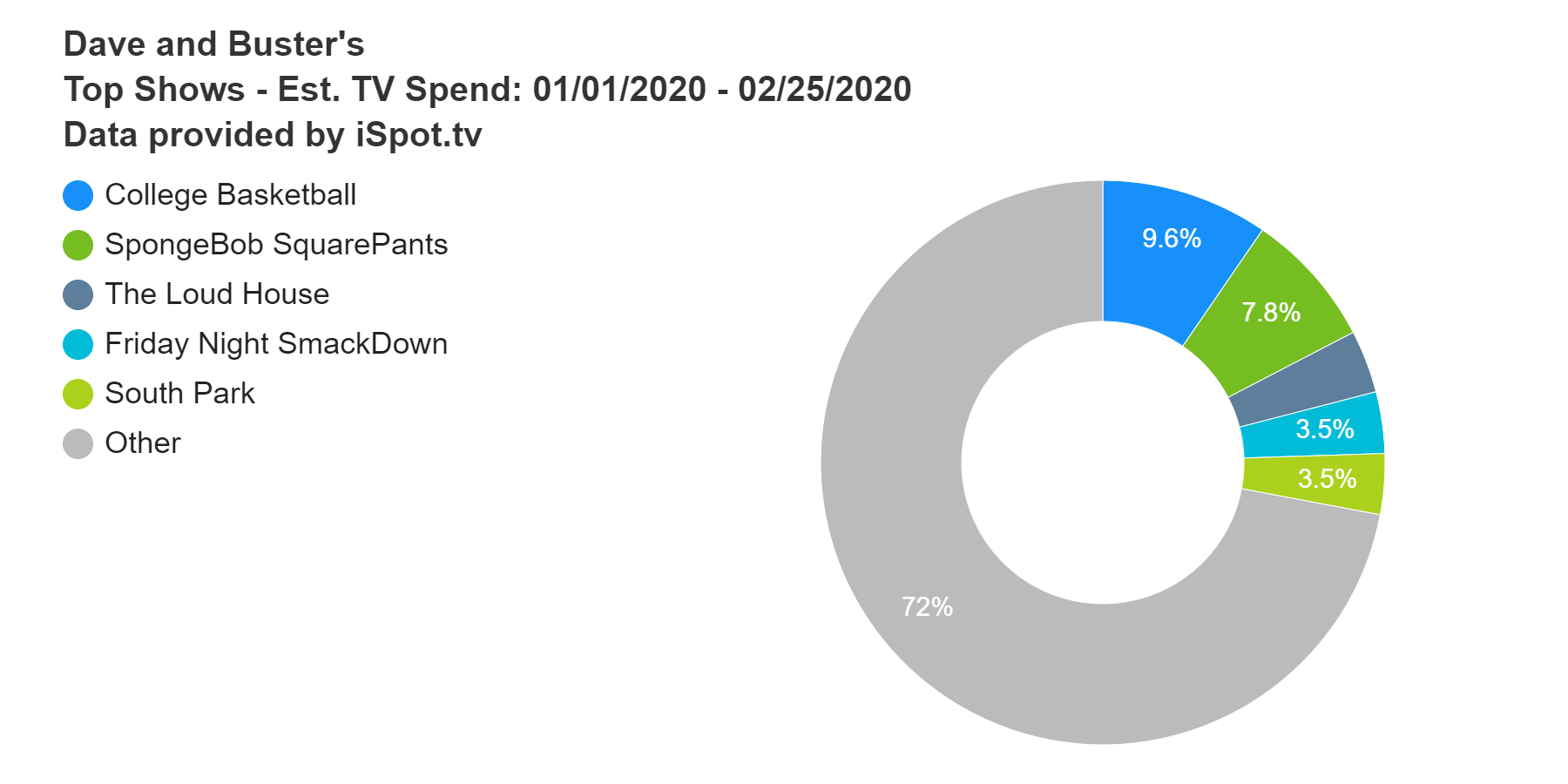 As you can see, D&B is doing its best to reach Gen-Z and millennial men; its TV commercial placement, YouTube ad usage and Thursdays' unlimited wings and unlimited video games promotion appeal to this demographic. D&B is based in TX and operates 136 NA rewards program.

Agency & martech readers - We may see roster shifts under D&B's new leadership, so get on Coleman's radar soon; since Mindstream Media handle media buying, you may have an easier time securing creative, social media and/or digital duties.