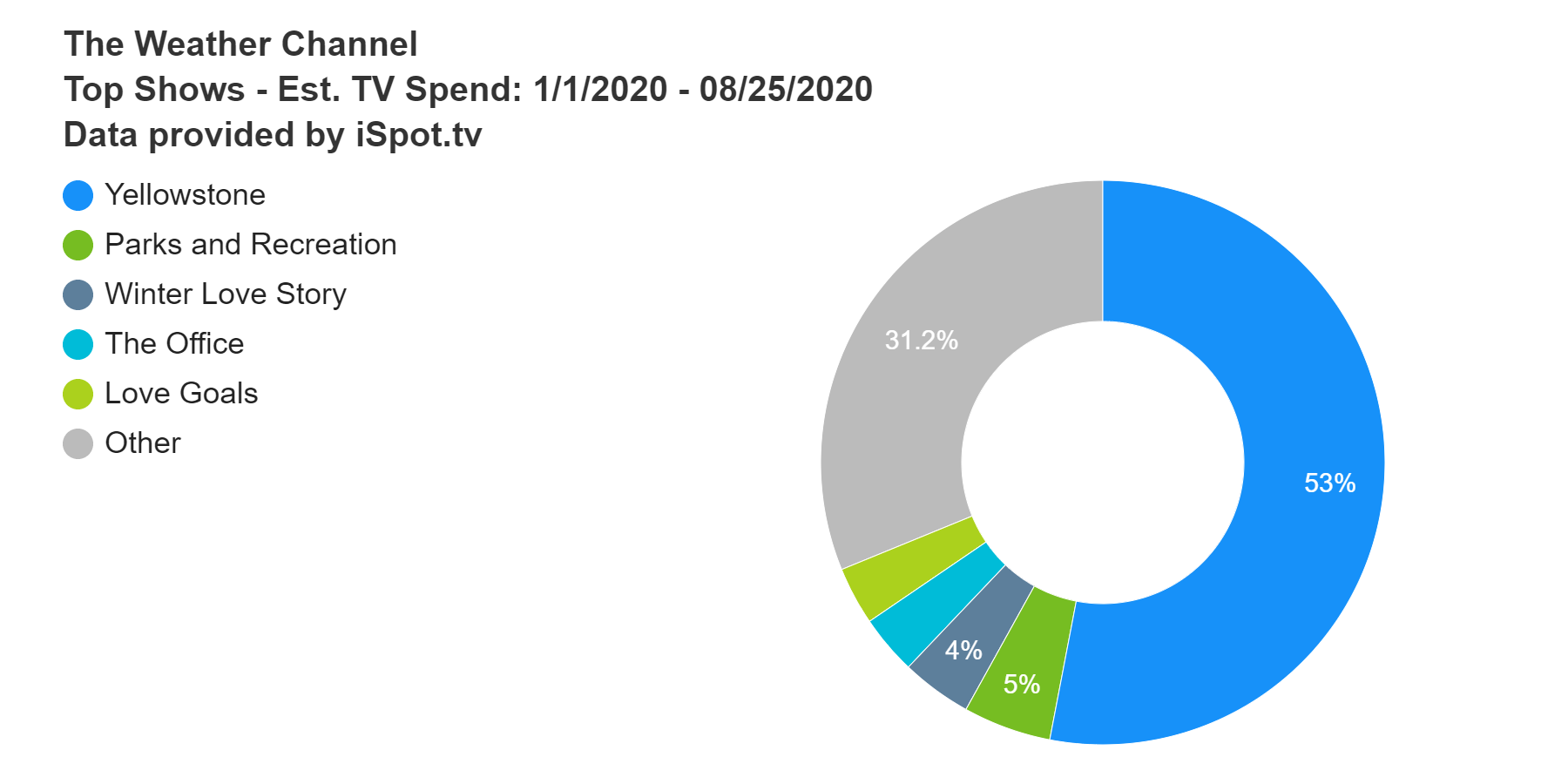 According to iSpot's approximations, the only time YTD that TWC has invested in national TV commercials was in May, when $164.1k targeted millennials and Gen-X (see targeting right), nearly 7x the $24k spent by this point last year. The company's full 2019 spend dropped in half to $89.3k from $169k in 2018.

Additionally, Magellan reports TWC has aired 8 podcast ads within the past year.

As you probably, know, TWC has a wide target demographic since pretty much everyone watches or at least checks the news. Its national TV commercials target millennials and Gen-Z, but its sharply increased digital display ad spend and podcast ad usage signal it's also trying to reach Gen-Z. To do so, the brand may also utilize paid social and/or OTT. The fact that Kantar data doesn't report any investment in print, OOH or radio yet this year reinforces that TWC is focused on younger demographics.

Agency & martech readers - Reach out sooner than later to secure potential work under TWC's new CMO. Winmo states your competition will include an in-house media team, along with BBDO ATL (creative assistance).