Who is the Chairman & Chief Executive Officer of AFG&?

What is the email of the Co-Chief Creative Officer of AFG&?

What is direct phone of the Chief Financial Officer & Chief Operating Officer of AFG&?

Who is the Creative agency of AFG&?

Blistex, the largest lip-care product maker in the US, is a formulaic ad spender. Their TV ads run through the exact same time period every single year, right in time for the dry lip season that is winter. As boring as it is for us, that's good news for you, because their newest winter TV spots have just launched. As such, next year, start engaging Blistex towards the end of Q1 to secure winter campaign dollars. 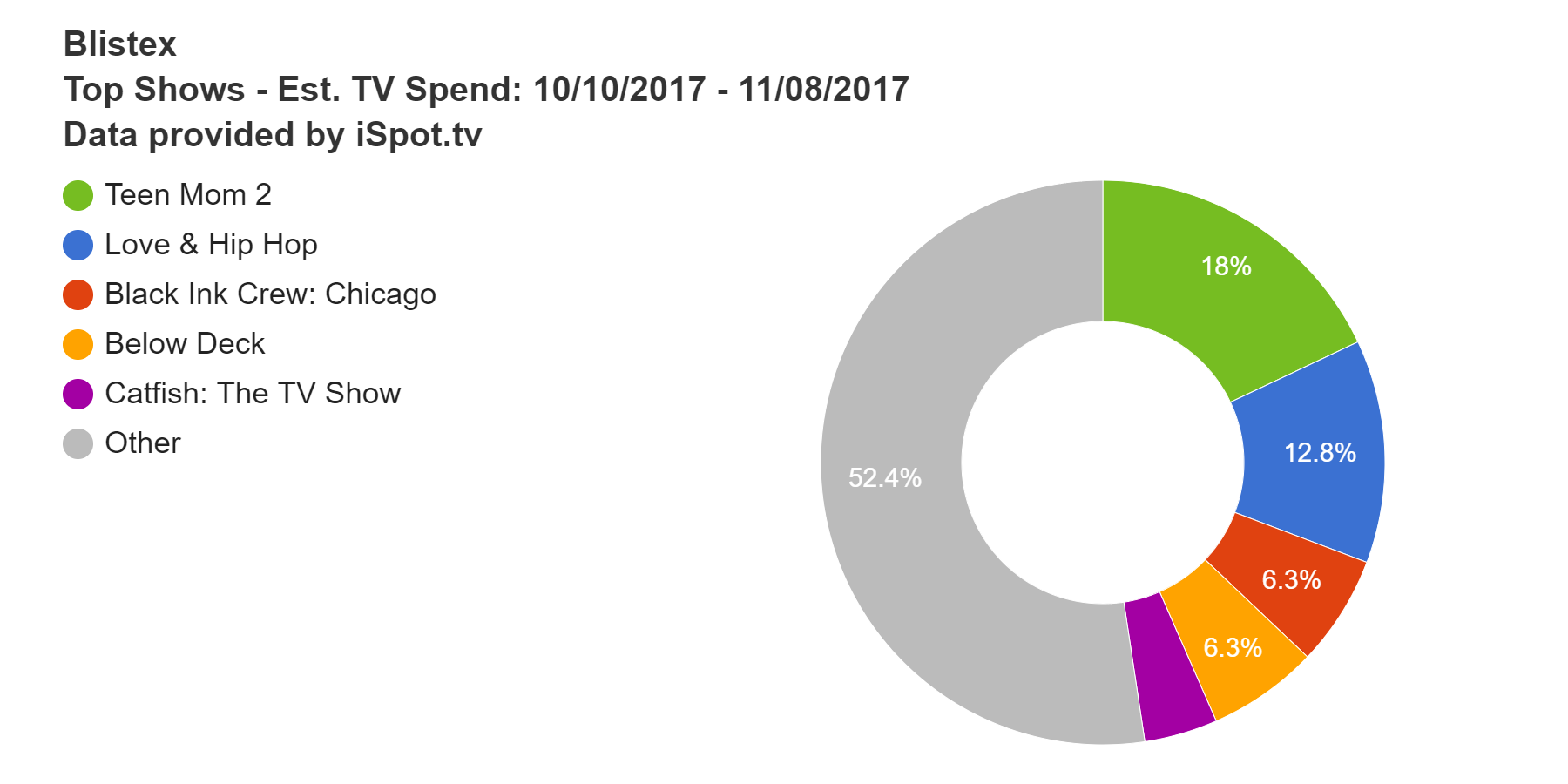 The two spots, entitled "Just One Drop" and "Essential Oils," started airing Nov.6 and have cost the company $307,015 so far. Their TV spend has slowly been increasing over the past few years, so expect that number to increase. Their 2016 TV campaign cost $8.1M and 2015 came in at $6M. See the graph for Blistex's top targeted shows.

Besides national broadcast, Blistex's only other major advertising channel is radio. They've spent about $180,000 on national spot radio ads annually since 2015, according to Kantar Media.

Sellers - Those with high reach among female millennial & Gen-Zers will have an edge securing revenue. IPG's Initiative handles Blistex's media planning and buying, according to Winmo.