McLean replaces Adam Holyk, incumbent CMO since 2017, who departed earlier this year. Alyssa Raine, who served as interim CMO in Holyk's absence, has now stepped into the role of brand marketing and creative VP. 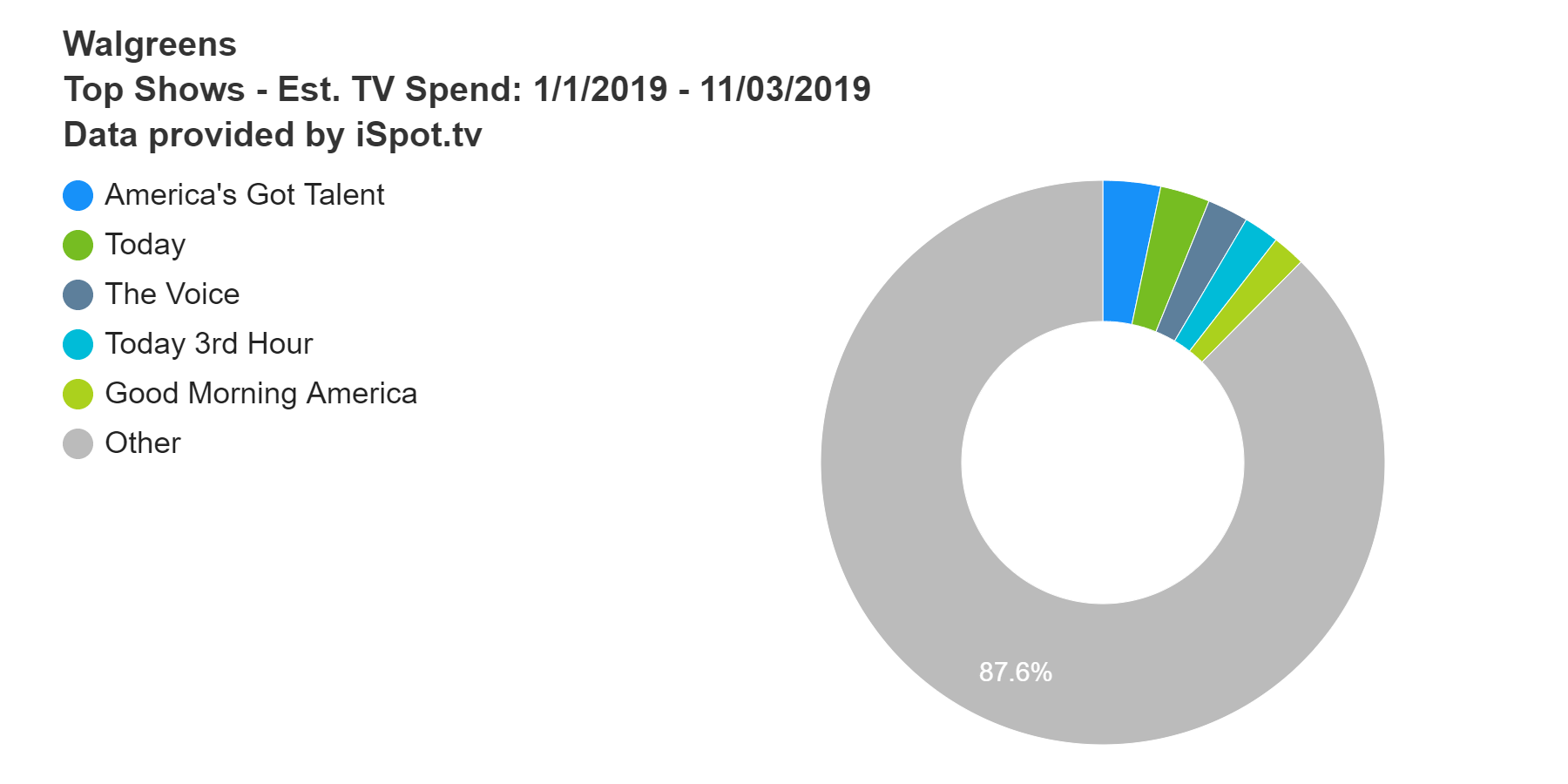 During the past 12 months, Adbeat reports that Walgreens has spent $7.2 million on digital display adverts placed primarily site direct ($4.4 million) on sites such as bustle.com ($840,300), ellentube.com and webmd.com. This amount reflects a -54% decline from the $15.8 million spent from Oct 2017-2018. Perhaps this overall spend drop is a result of a desire to grow organically through social media engagement.

Walgreens tends to target parents, especially moms, and, if it's using more social media, this may be starting to skew towards millennial and Gen-Z parents specifically. Its savings-promoting ads reinforce this money-saving target demographic. Don't forget Gen-X, though, readers; Walgreens also targets them. This is likely why TV spend hasn't shifted much. Per Kantar, the company also utilizes local TV, search, OOH, print and radio. Spend often spikes in Q1, so sellers should do their best to reach out by the end of the year.