community service chain VMLY&R Chicago as its new creative, digital and social AOR to develop an integrated brand ad campaign across TV, traditional digital and social media. VMLY&R will additionally spearhead digital transformation efforts to provide enhanced platform customer experience. This shift replaces incumbent creative AOR Droga5. A new campaign will debut in late 2020 and will portray the ways in which people and their families can interact with the YMCA.

As a member of the YMCA, I can attest that it's difficult to interact with the company via mobile; instead of having one app for the entire group, it has a few local apps. I expect VMLY&R to develop a new mobile app for the company, considering the "digital transformation" efforts and "digital footprint" enhancements mentioned by the press release. The Y currently serves more than 22 million people, per the Chicago Business Journal.

Along with this upcoming national campaign, in December 2019, the YMCA launched a local ad campaign, "#WeAreY," to promote its renovated locations in NY via print and digital elements including video, social media, outdoor and subway signage, online banner ads and institutional ads; we will probably see additional Northeast efforts in the future. 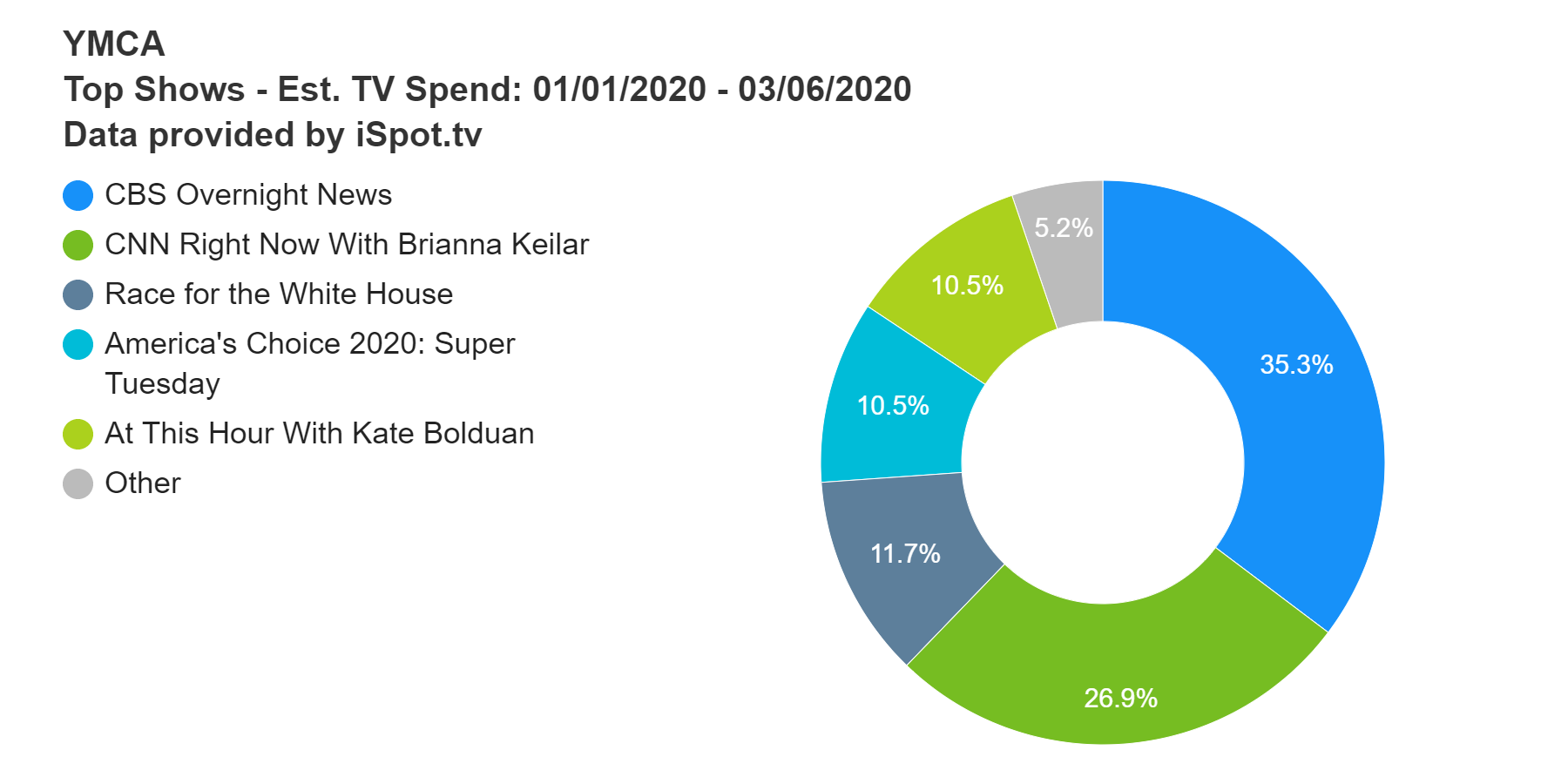 Adbeat estimates that the company spent $37.8k during the past 12 months, a remarkable decline from the $804.8k spent during the 12 months prior. Most of the past year's ads were either YouTube videos on youtube.com ($724.9k) or site-direct placements ($106.7k) onto publishers such as foxnews.com ($4.2k), nbcnews.com, msnbc.com and aol.com.

The YMCA's YouTube usage signals a younger (Gen-Z and millennial) target demographic, while its site direct placements include older (Gen-X and boomer) audiences. While spend has decreased, it should pick back up with the upcoming campaign. The story-telling design of this new work will likely appeal to Gen-Z and millennial parents, especially moms looking for gyms that also offer childcare. Along with the aforementioned channels, the company utilizes search, OOH (billboard and subway signs), print, radio and local broadcast. Its spend tends to spike from Q4-Q1, in peak weight-loss season. Click here to find a Y near you.

Agency & martech readers - Since agency reviews often follow one another, reach out soon for potential media planning/buying duties, which are currently split between Preston Kelly works with some local branches.