Bacardi also promoted Adrian Parker (September 2019) from digital transformation VP of both Patron and Grey Goose to global marketing VP of Patron. Parker will report to CEO Mahesh Madhavan and work in-hand with global CMO John Burke; meanwhile, the VPs of marketing for both brands will report to the new CMO.

*Kathy Parker and Adrian Parker will be based in Bermuda; therefore, they will not be listed in Winmo.*

Patron hired social media brand manager Jennifer Miranda (January 2020) from Stoli Group, where she held the same position. These new hires will most likely have an influence on the two brand's marketing budget.

According to iSpot. Both brands aired ads during male centric programming. 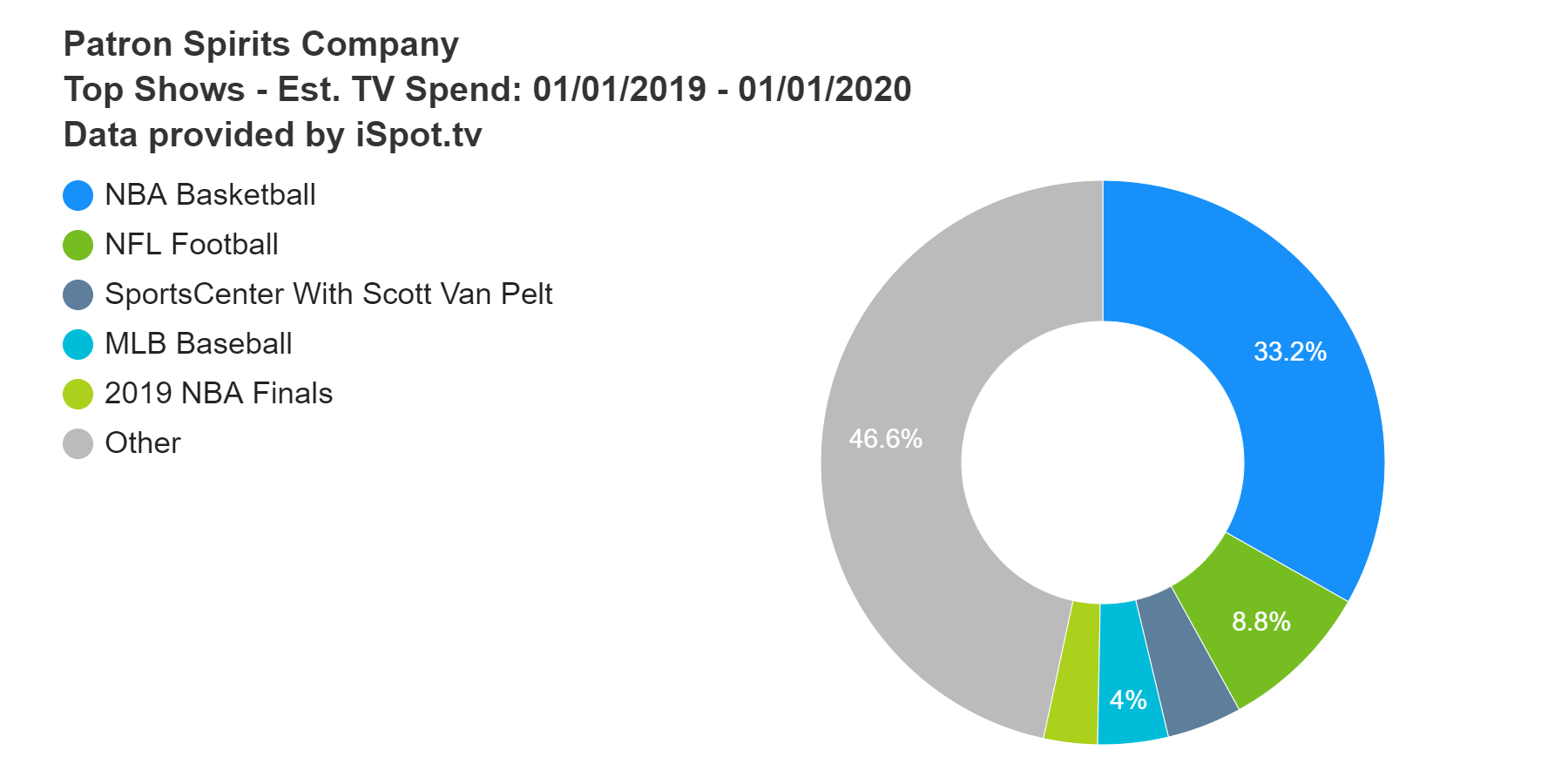 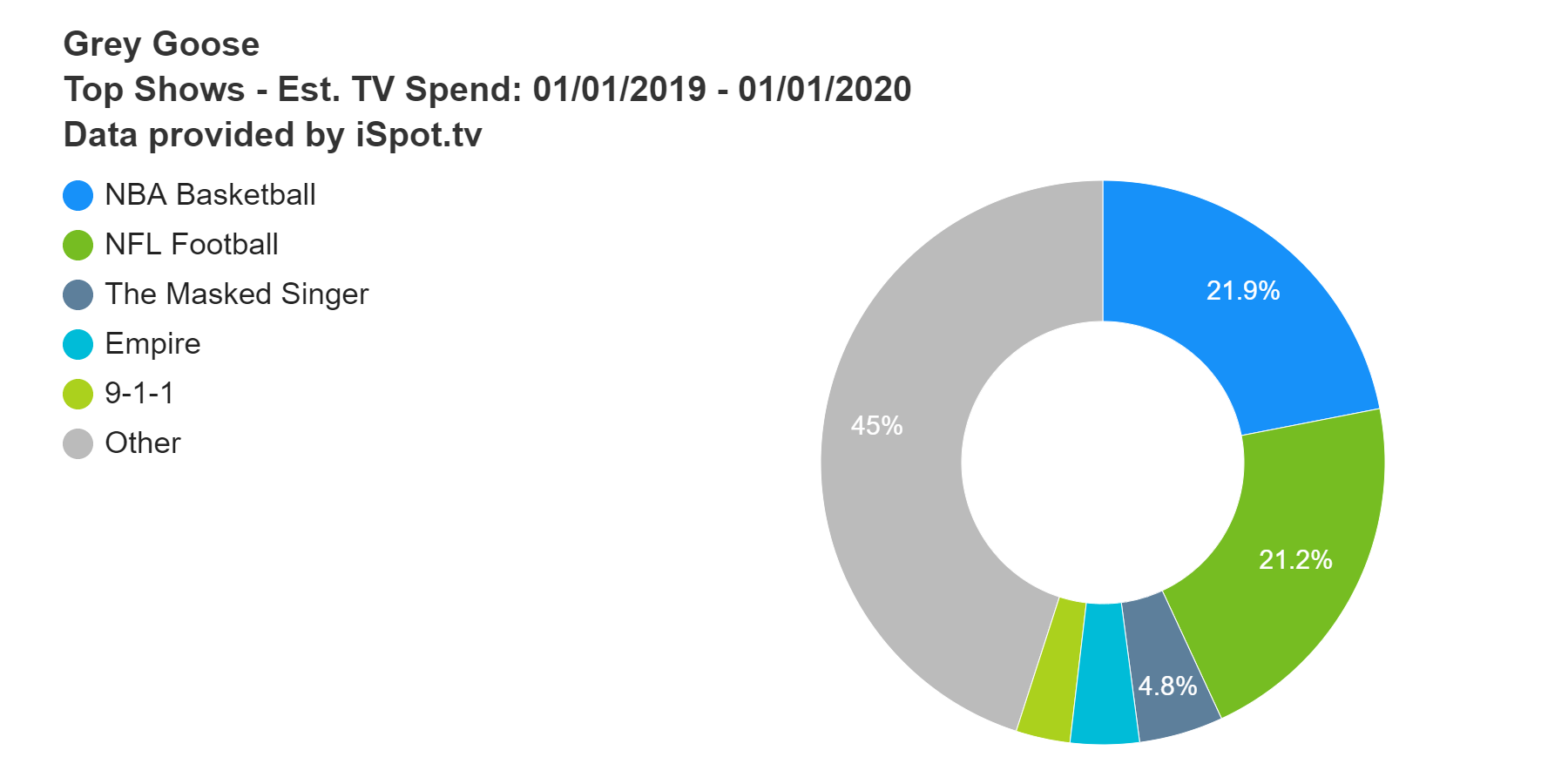 Adbeat reports the Vodka brand spent close to $143k on digital display ads in the last 365 days, a huge increase from the $500 spent in this channel during the 365 days prior. It placed 72% of these ads site direct (103k) onto sites such as eater.com, dailymotion.com, wired.com, sfgate.com and epicurious.com. It placed 28% of these ads programmatically through Google, Microsoft Advertisers and The Trade Desk onto sites such as mapquest.com, yahoo.com, topix.com, match.com and hypebeast.com.

Patron spent around $116k on digital display ads in the last 365 days, about double $54k it spent in this channel during the previous 365 days, per Adbeat. It placed 51% of these ads programmatically through Google ($47k) onto sites such as billboard.com and heygrillhey.com. It placed 30% site direct ($35k) onto sites such as foodandwine.com, huffpost.com, hellogiggles.com, allrecipes.com and martgastewart.com. Finally, it placed 19% as video ads through YouTube ($22k) onto youtube.com

Sellers-- These brands are both considered luxury and appeal to older affluent drinkers (Gen X), but they have been shifting more ad dollars to digital mediums, indicating they want to target older millennials. According to US Campaign, Bacardi will continue to increase spending among digital channels, but it will always be a part of big TV events like sports and award shows, which should appeal to the male viewers whose business these brands seek. The company's global CMO stated social media will be a huge focus in the future, noting it has begun training over 100 employees in the channel; this means more paid social dollars. Grey Goose's and Patron's spend tends to spike during the summer and holiday seasons. Per Yahoo Finance, the spirits industry records 40% of its sales during December (do people really hate spending time with their families that much?) Grey Goose has utilized print, OOH, experiential, digital and TV advertising in previous campaigns.