The company is currently under fire as it exposed personal user data. It will likely spend more on marketing to fix its image. In September 2019, Vistaprint hired a new CMO, Ricky Engelberg, former brand communications and digital media VP at Converse. Since Converse is so popular among millennial and Gen-X consumers, Engelberg will likely be able to reach the consumers Vistaprint is targeting. We will likely see spend increase under his leadership. 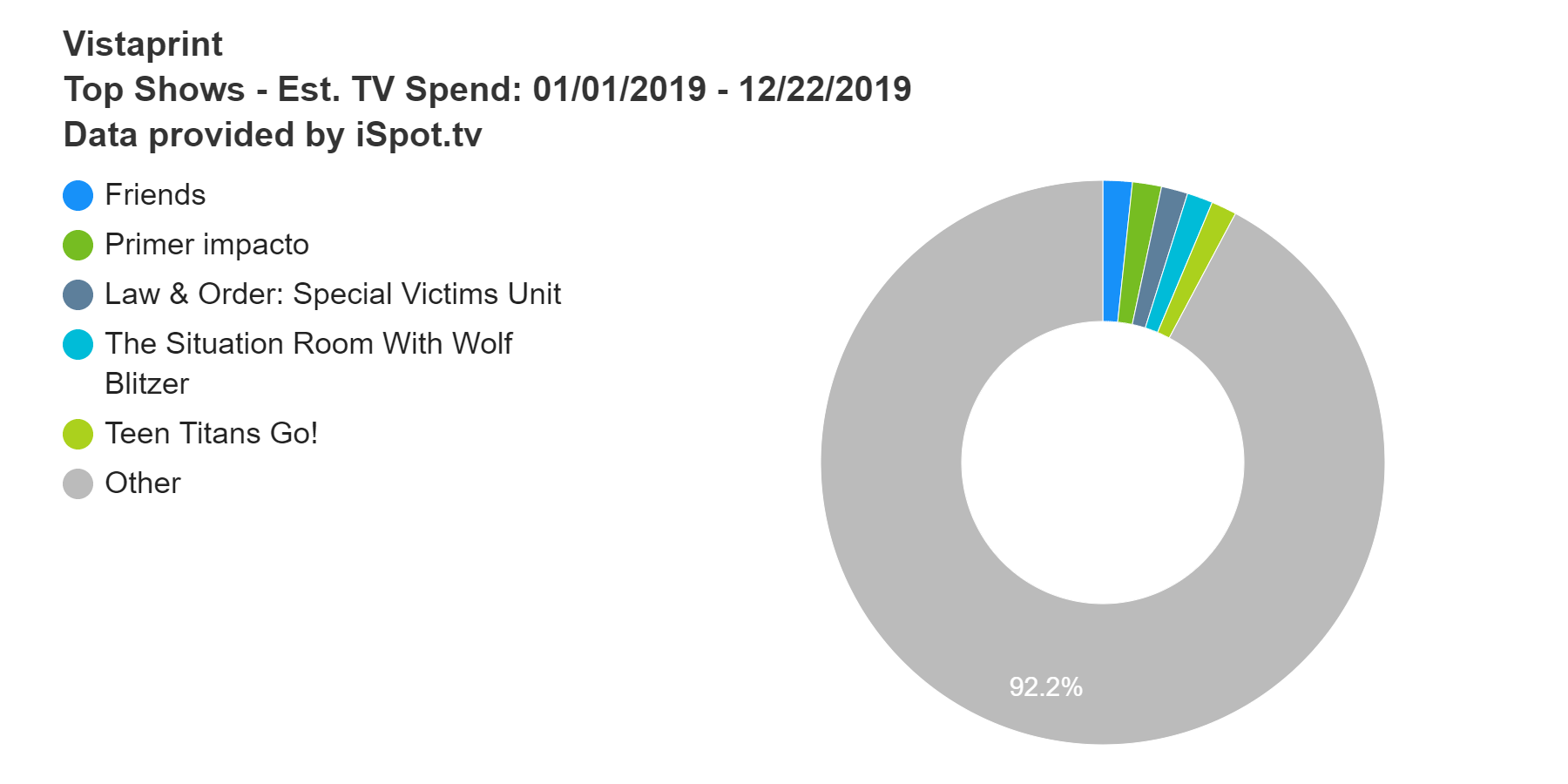 In 2019, iSpot estimates that Vistaprint spent $50.9 million on national TV ads targeting millennial and Gen-X viewers (see targeting right), nearly half of the company's full 2018 spend of $100.7 million. This drop is likely due to an increased focus on digital channels, especially digital display.

According to Adbeat, Vistaprint's digital display ad spend spiked in October and has stayed pretty flat since; spend will likely rise in Q4 2020 as well. From December 2018-2019, roughly $20.5 million went toward ads placed primarily site direct ($14.4 million) and programmatically via Google ($5.7 million), an exponential increase from the roughly $600,000 spent from December 2017-2018. Most site direct placements were on spanishdict.com ($3 million), yahoo.com and shareably.net; Google placed ads on sites such as someecards.com ($93,400), shmoop.com, snopes.com, shareably.net and littlethings.com.