P&G, where he most recently served as Oral-B IOT innovation founder; he also filled several P&G brand positions over the years. In his most recent P&G role, Schwing launched the ground-breaking Oral-B Connect product portfolio, which introduced new AI and digital technologies to the world of brushing.

Arby's seems particularly focused on digital personalization since it hired Erin Everhart to spearhead these initiatives in January 2020. 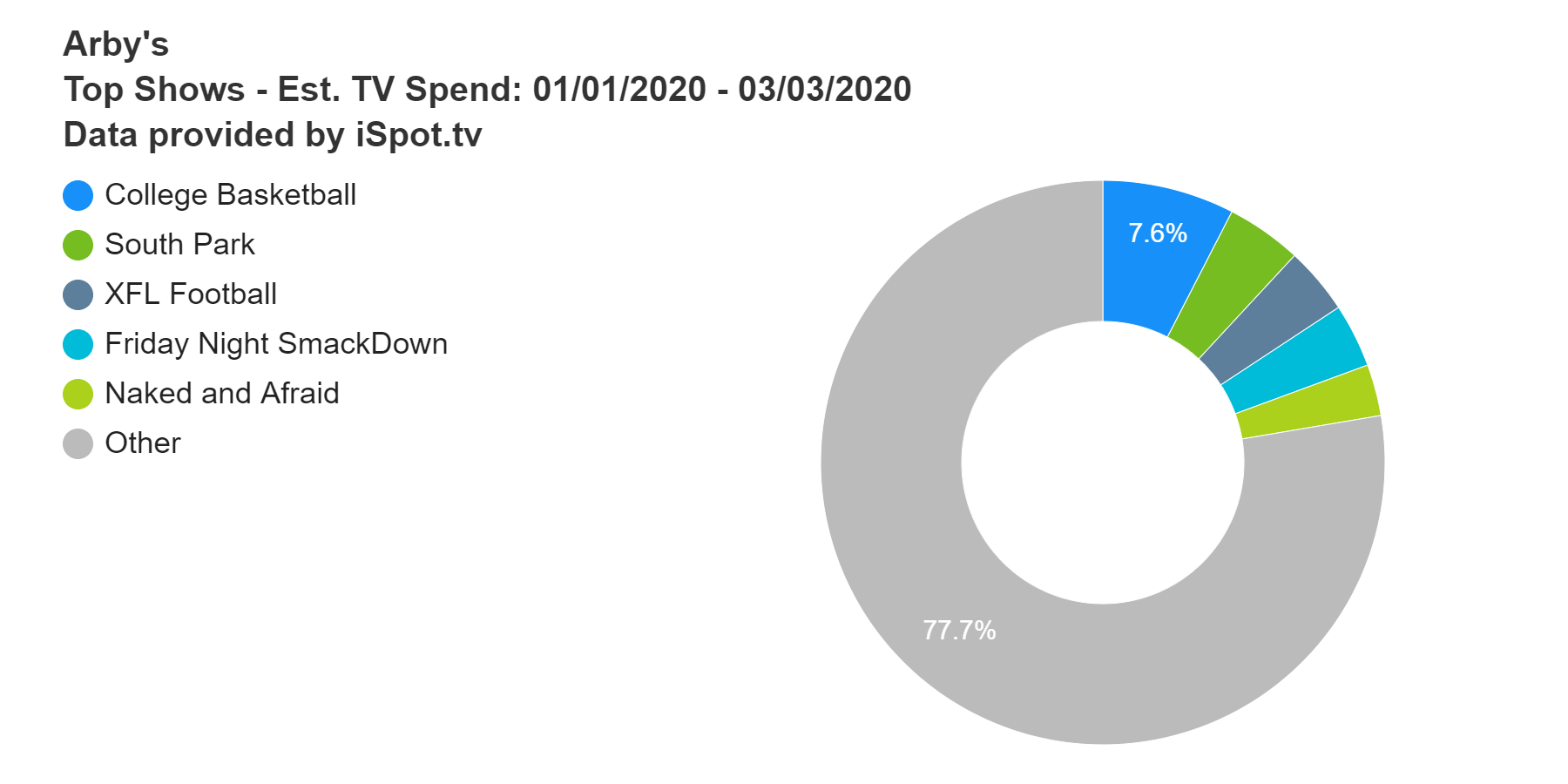 According to iSpot, Arby's 2020 national TV commercials kicked off in mid-February; since then, roughly $14.3 million has targeted Gen-Z and millennial men (see targeting right), around half of the roughly $23.7 million spent by this point last year. The brand's full 2019 spend increased by 6% to around $157.9 million from around $149.1 million in 2018.

Kantar data indicates that Arby's also invests in OOH, radio, local broadcast and Spanish newspapers; its spend often spikes during Q4. The brand is doing its best to reach Gen-Z and millennial men, even though it blames its revenue declines on millennials (per Mashed), so you should also offer paid social space. You may also be able to secure local ad revenue if you can drive foot traffic to Arby's McDonald's.

Agency & martech readers - Reach out soon to see what work you can secure under Arby's new CMO. Since the brand hired media AOR Moxie (social).