After a review, "Here, We Do" campaign, which marked the university's first major marketing initiative since 2011.

Sellers should expect spend to spike this summer and during the upcoming school year's back-to-school period. DePaul's target demographic consists highly of local community and business leaders, along with potential undergraduate and graduate students (millennials and Gen-Z). Per Kantar, it typically uses digital, TV, outdoor, print, sponsorship and social. 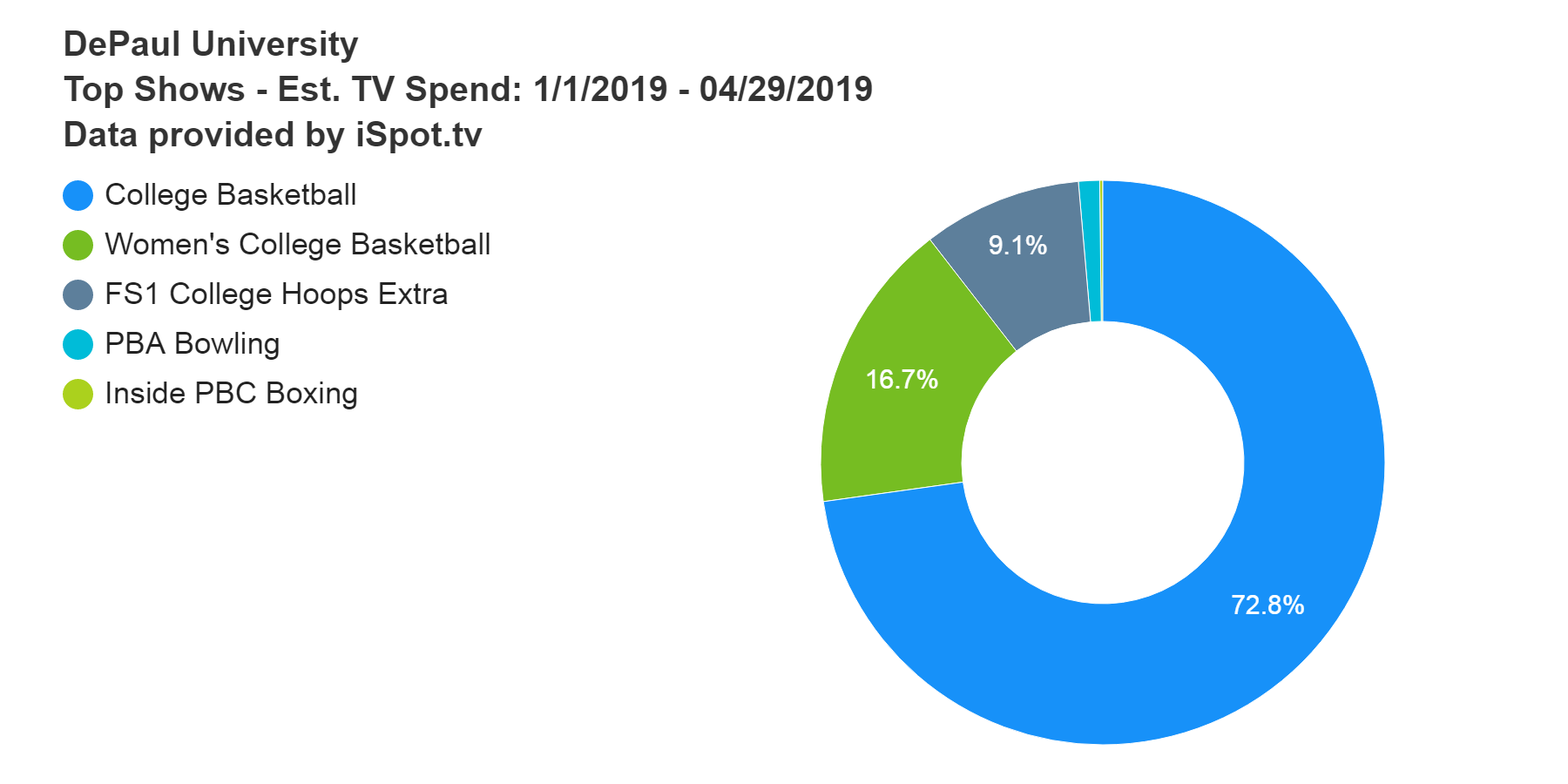 Within the past 12 months, Adbeat reports that the company has spent $1.1 million on digital display placed mostly through Taboola (57%), Google (27%) and TribalFusion (14%) onto site destinations such as rare.us, thoughtcatalog.com, msnbc.com, slate.com and theblaze.com. Since DePaul spent $400,000 during the year prior, expect spend to continue rising.