In our Mr. Teddy.

According to its Q3 earnings call, direct marketing communication with moms increased its consumer base by over 90%. Build-A-Bear tends to rely on email marketing and "entertainment initiatives," such as the new agreement with iHeartMedia for Build-A-Bear Radio. It recently began to combine entertainment and content development with companies such as Warner Music Group's Art Music, films with Sony Picture Worldwide Acquisitions and even the Hallmark Channel. I might as well link a picture of my mom to that last one. Who am I kidding--we all watch Hallmark at this time of year. These initiatives will market "retail as well as outbound licensed product sales."

Due to lower mall traffic and sales for Disney's Frozen 2, Build-A-Bear expects lower to flat revenues for Q4 2019 and Q1 2020. Its improved website should increase e-Commerce traffic to combat mall closures, hopefully leading it to its ninth consecutive quarter of growth in online sales. It still expects strong commercial revenue. 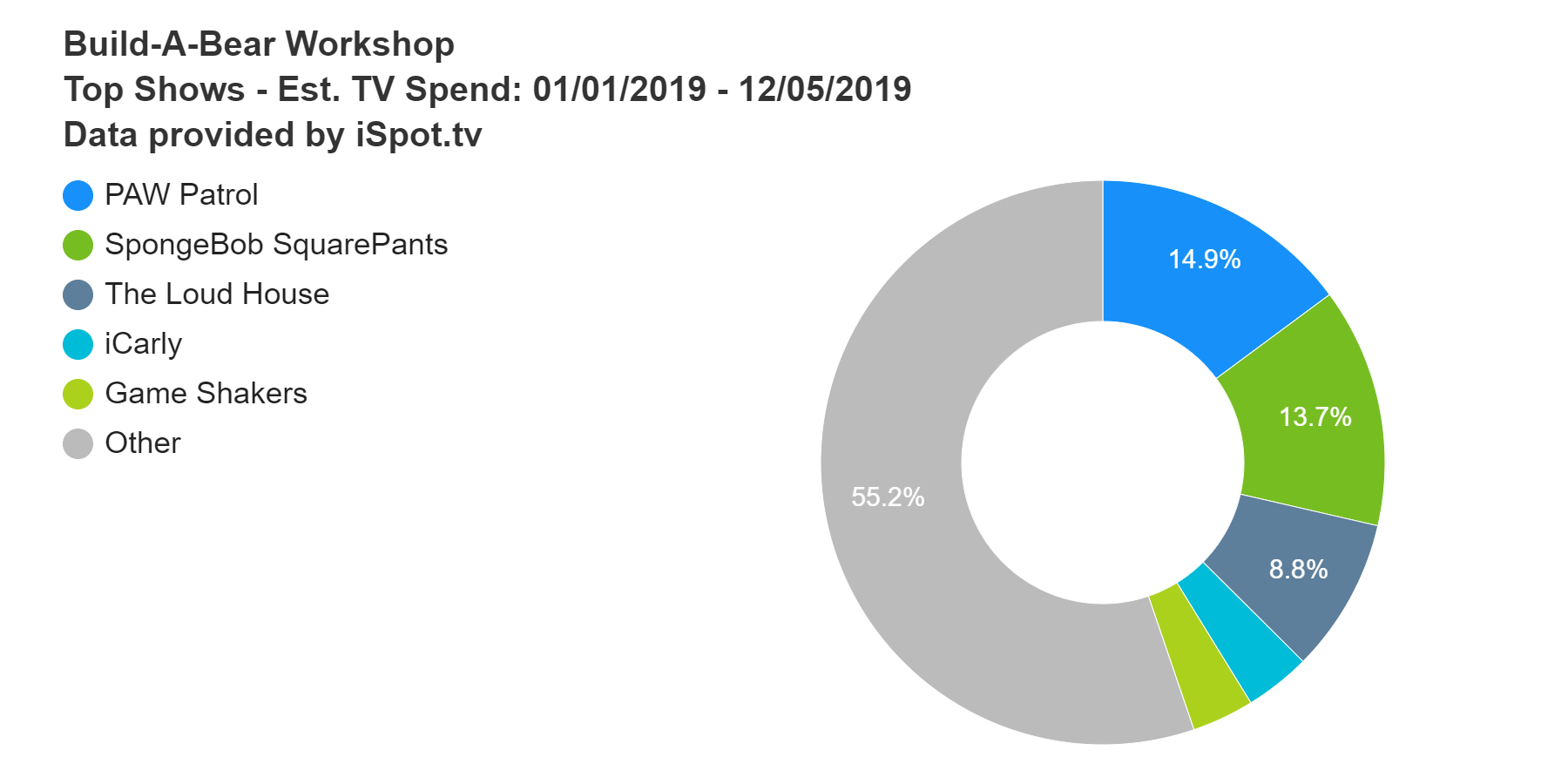 iSpot reports a much higher traditional spend for TV, likely in efforts to reach Gen X and upper-age millennial moms through children's shows (see chart). YTD, it spent $7.8 million on national TV ads, and it spent more in H1 than in H2.

Sellers -- Get Build-A-Bear in front of mothers and children in Q1 2020 and reach out for last-minute TV space this holiday season. Merry Mission is its holiday bear model, if you were wondering.

Agency readers -- Wunderman Thompson Atlanta handles creative duties. Since the retailer is struggling, and its immediate needs are covered, you may benefit from reading elsewhere for now.