MRY developed the 30-second spot, which will air right before the two-minute warning in the game's first half. According to senior marketing director Philipp Schaffer, this will allow Pop-Tarts to reach a "massive audience."

Recent Pop-Tarts sales have been bolstered  by its new, smaller "Bites" snack-sized version, which launched in Q1 2018. 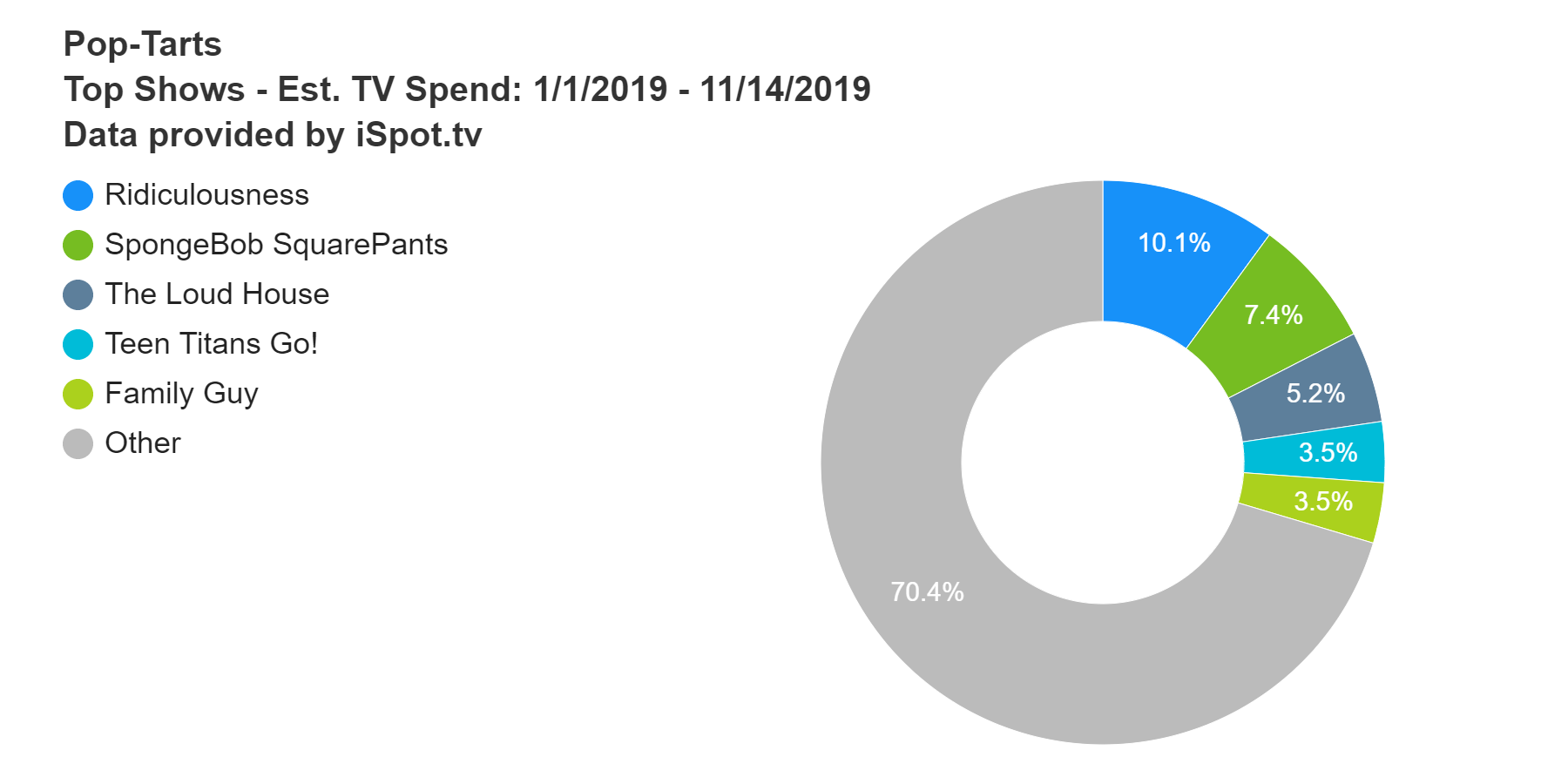 According to iSpot, YTD national TV spend of $46.6 million has advertised Pop-Tarts to younger audiences (see targeting right). This reflects a 19% increase from the $39 million spent in the same 2018 timeframe; full 2018 spend dropped slightly to $43.6 million from $44 million in 2017.

Adbeat reports that digital display ad spend hasn't been allocated for this specific brand since July 2018; before that point, it had spent $1.2 million on adverts placed primarily programmatically via Google ($1.1 million) on sites such as myrecipes.com ($83,500), seriouseats.com, cookingpanda.com, cafedelites.com and keyingredient.com.

Agency & martech readers - Weber Shandwick. Neither of these relationships seems to have shifted under Gail Horwood, Kellogg's relatively-new CMO, so reach out if you haven't yet.