To encourage consumers to spend less on daily messes, Cutwater to release a new campaign. Titled "Make the Bright Choice," the campaign uses a newly-restyled Sparkle Fairy to speak to the resourcefulness of sensible shoppers in a fun and innovative way. One TV spot, "Gourmet Chicken Nuggets," has launched, and another, "Paper Clip," will debut in May, both of which will air on TV and digital channels.

G-P's top spending period per Kantar is usually Q2-Q3, so sellers should reach out then to secure revenue. Those with high engagement among parents, especially female home decision makers, will have an edge. 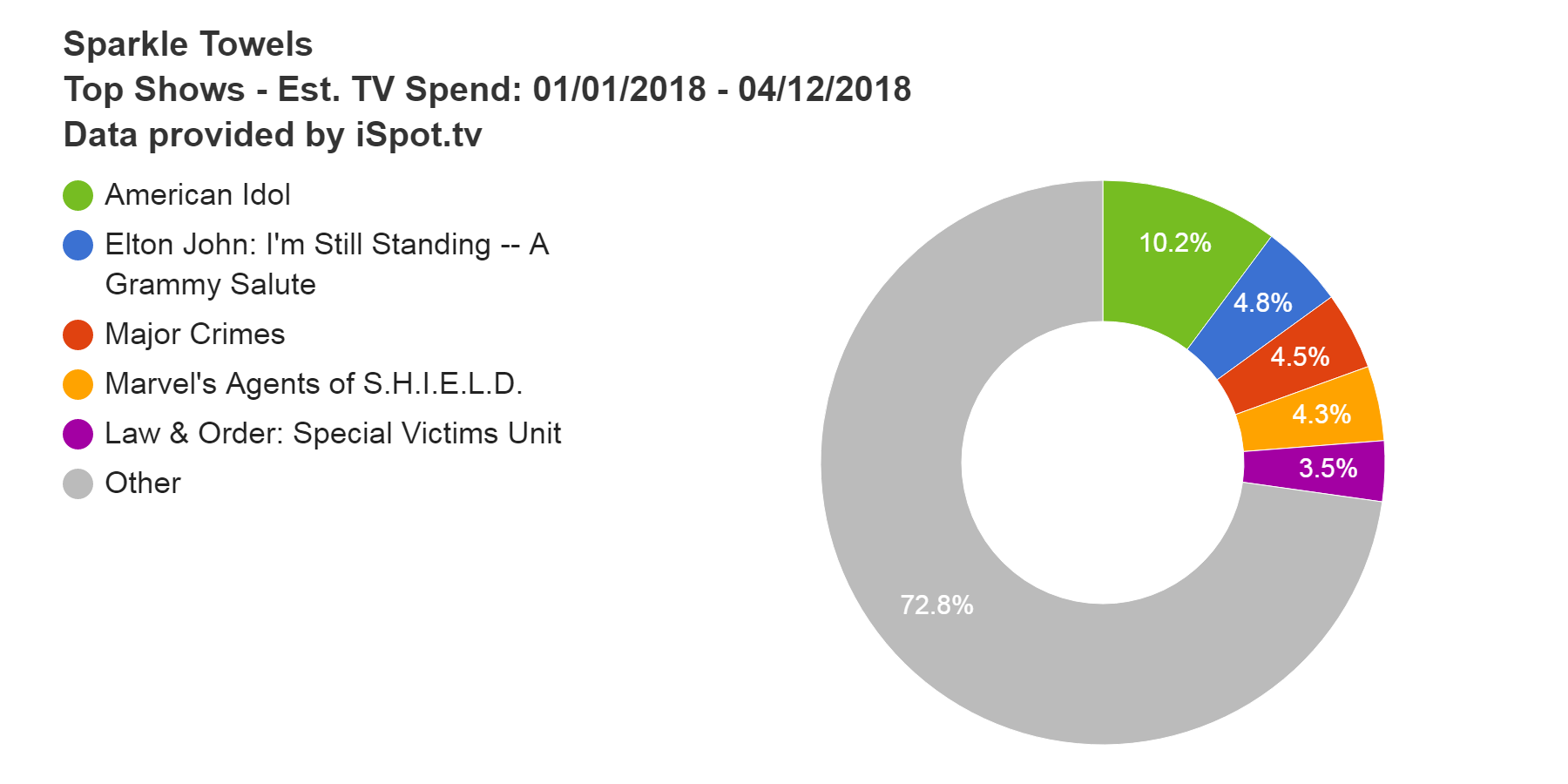 According to iSpot, Sparkle has spent over $4.5 on the campaign so far this year, targeting shows including American Idol, Elton John: I'm Still Standing - A Grammy Salute, Major Crimes, Marvel's Agents of S.H.I.E.l.D., and Law & Order: Special Victims Unit (see targeting right). The brand spent roughly $10.8 million in 2017, a significant drop from its total 2016 TV spend of $18.7 million.

Sparkle works with Zenith Media for media buying and planning.