Opportunity: As part of a new advertising and marketing communications campaign, CVB announced that it would roll out a new destination brand direction with the refresh of its Hello Sunny logo, new ad visuals, PR social media and influencer program and the debut of a 24/7 digital network. The new campaign and brand refresh is intended to position the Fort Lauderdale area as a landscape of eclectic food, fashion, arts, events, nightlife and entertainment. 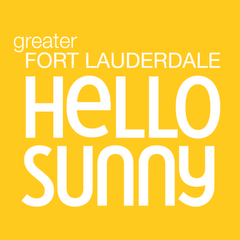 When presenting its marketing plan for the upcoming year, CVB reportedly stated that it plans on "including a more affluent positioning, as well as a younger slant to the destination's image and appeal." In other words, it plans to target affluent mature millennials (shocking). However, the biggest initiative with this campaign will be the new digital network, Hello Sunny TV, which will be available on desktop and mobile devices, along with smart TV and streaming media players.

It's important to note that this digital push comes after a major decrease in digital display presence, per Pathmatics. So, although digital so far this year has been low, expect it to rise moving forward, especially as the bureau plans to engage more millennials.

Keep in mind that until now, print has been CVB's top ad channel, according to Kantar Media, but look for declines in print to support higher digital activity. So, moving forward, sellers should seek both print and digital ad dollars tied to this campaign. Focus pitches on high ROI affluent millennial engagement.

Finn Partners is on PR duties.

Media Spend: According to Kantar Media, the Ft. Lauderdale Visitors Bureau spent $3.5 million on total measured media last year, a slight decrease from the $3.9 spent during 2014. For the first half of this year, the bureau spent $1.19 million, allocating the largest portion of spend towards print, followed by outdoor, radio, broadcast and digital.

Digital Breakdown: Since January, Pathmatics reports that the Ft. Lauderdale Visitors Bureau spent $112,700 on digital display spend, down from the $381,700 spent during the same period last year. So far this year, $74,000 was allocated towards desktop ads, $12,500 towards mobile and $26,200 towards video. Of these ads, 93% were placed site direct, while 6% were placed through ad networks. See chart below for top ad destinations.