war is about to begin, and this time, letter to investors, Netflix said that marketing and content spend will be "more weighted" in the year's last quarter (its FY closes in December). Per CFO Spence Neumann in Netflix's latest earnings call, “Inevitably there’s going to be some curiosity and trial of those competitive service offerings.”

The company is especially focused on international markets, but spend in the States will stay relatively high. Those able to set Netflix apart from competing streaming services like Amazon Prime should reach out to secure part of this higher budget last-minute.

Netflix spent $554 million on marketing during Q3, which ended Sept 30. This saw a slight decrease from its Q2 spend of $603 million, when the company was planning its Stranger Things 3 launch. 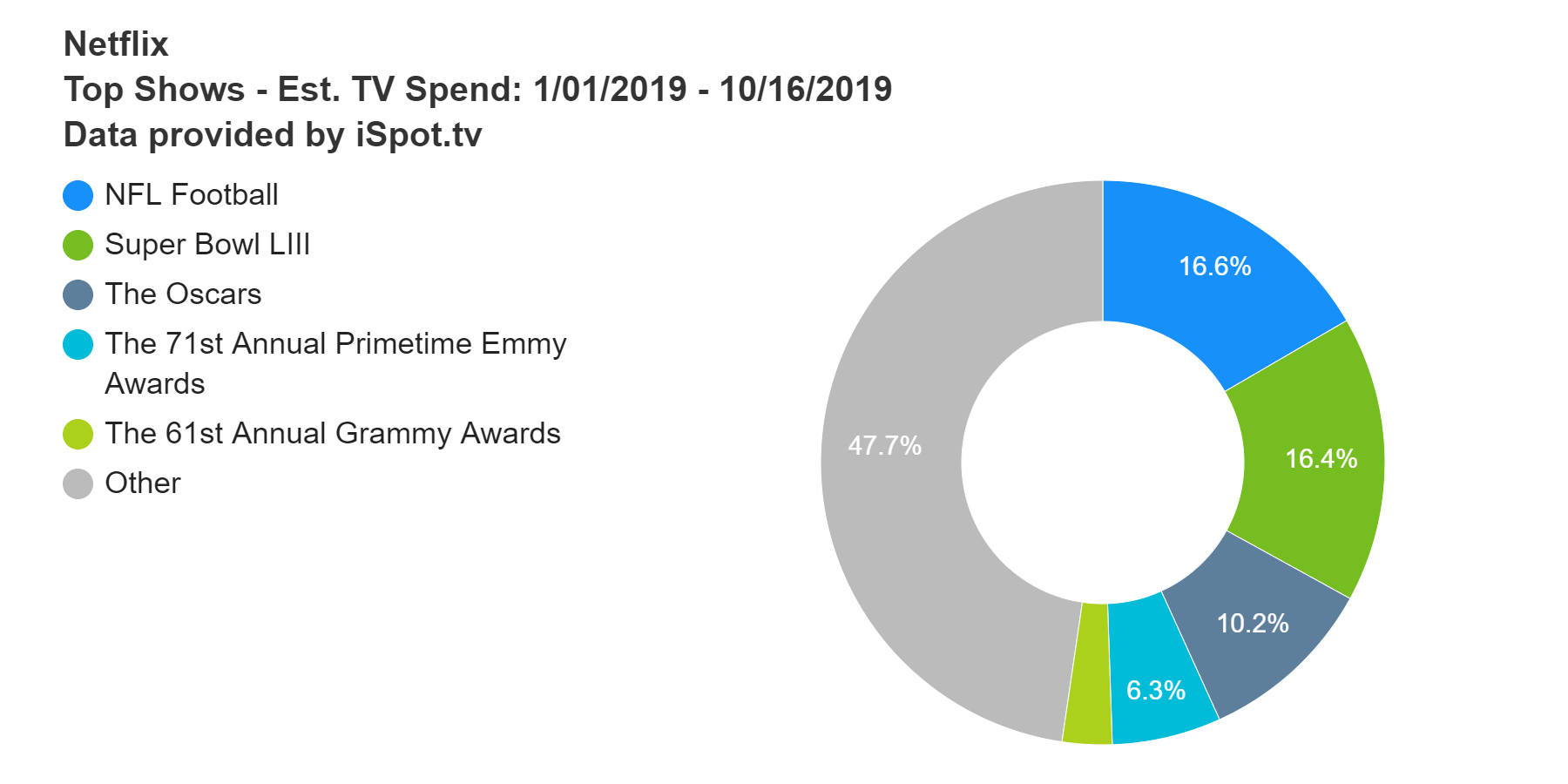 According to iSpot, YTD national TV spend of $32.3 million has targeted various male, sports-oriented audiences and viewers of awards shows, which tend to have a female skew (see targeting right). This marks a significant decrease from the $69.6 million spent within the same timeframe in 2018; full 2018 spend increased to $99.2 million from $45.1 million in 2017.

During the past 12 months, Adbeat reports that Netflix has spent $33.7 million on digital display ads placed primarily programmatically via Google ($26.1 million) on sites such as instructables.com ($737,200), littlethings.com, wikihow.com, buzzfeed.com and city-data.com. This amount reflects a -33% decline from the $50.5 million spent from Oct 2017-2018.

Per Kantar, Netflix also uses OOH, print and radio; OOH and print have increased, but we've seen drops in radio spend. Its target demographic primarily consists of Gen-Z and millennials. The company holds planning conversations in Q2 and buying conversations in Q1, though you should still reach out to see what last-minute Q4 revenue you can secure.

Agency & martech readers - Netflix is currently #68 on the Vulnerable Account Index (VAI) due to MullenLowe Mediahub (media since 2016). It's known to work with agencies on project-by-project bases, so this type of work may be easier to secure.