press release). We don't know who the incumbent was.

The first campaign from the two launched simultaneously with the press release, so sellers should reach out ASAP for last minute dollars. "The Feel Good Fruit" centers around a :30-second TV spot (above), which makes sense since TV has gone up in lieu of digital, and is meant to span multiple generations (their primary audience is female millennials and parents with young children). Their top spending periods fluctuate year-to-year, but there are usually spikes during H2 (Q3 and Q4).

In addition, look for dollars tied to World Osteoporosis Day, or October 20. The cooperative has a partnership with the International Osteoporosis Foundation, so every year the two release a campaign to promote the special day. 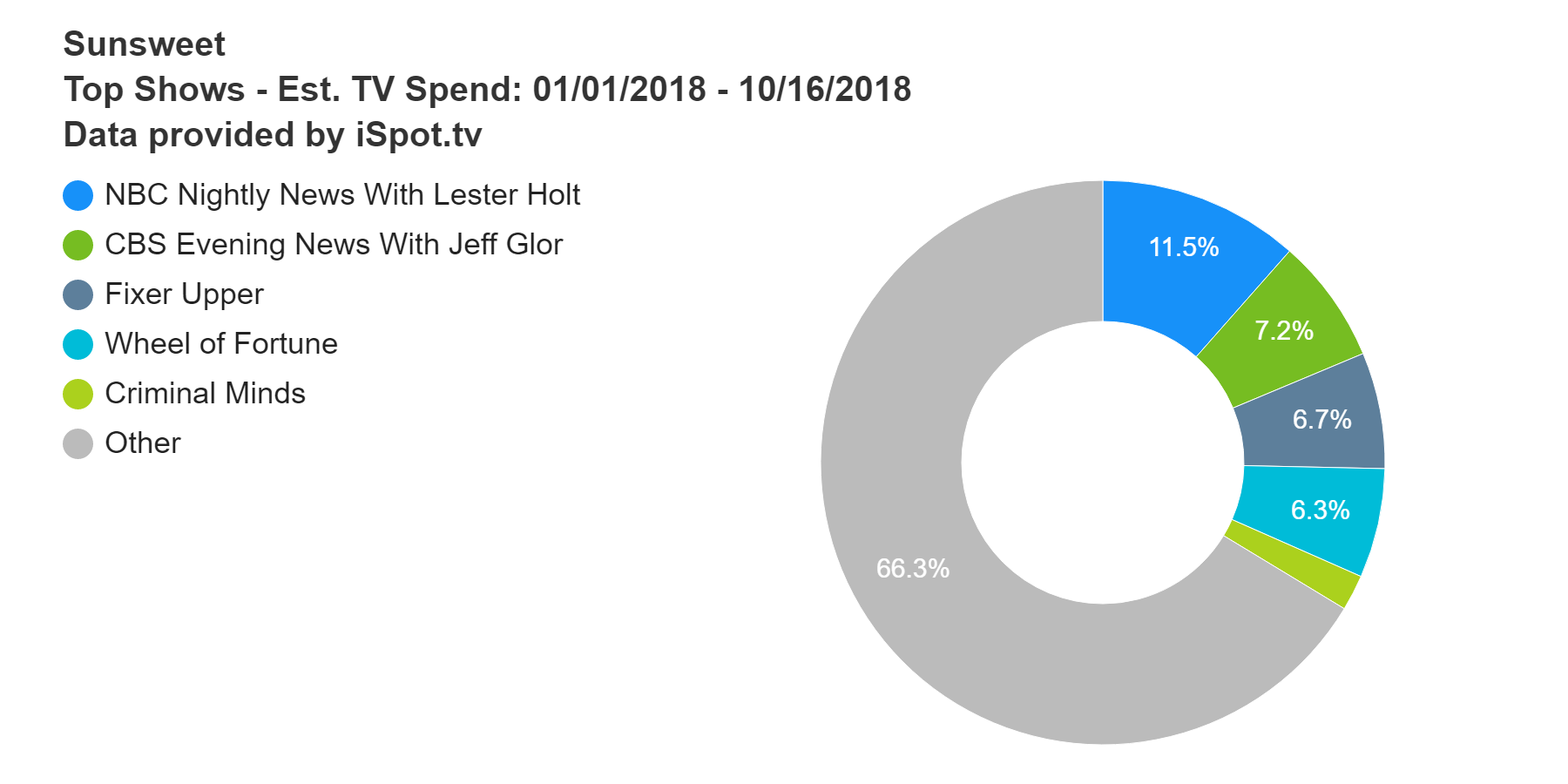 iSpot reports a YTD national TV spend of $3.6 million on female-focused programming (see targeting right), $99,553 of which has been dedicated to the new spot since it began airing 10/15. (Note that this is the cooperative's first new spot since March 2016, so spend for it will likely be high.) Spend during 2017 totaled $3.7 million, all of which was allocated during H1, and spend in 2016 totaled $4.8 million.

Agency & martech opps -- reviews typically follow one another, so those with food & beverage experience should go after media or PR work. Atrium. Focus pitches on brand building and data analytics, the reasons why Barker won the account.