January. The campaign will hopefully refresh the brand amid sales struggles due to health-oriented consumers; it marks RS's first major creative campaign in over 20 years. Titled "Make Happy," the campaign has rolled out across TV, digital and social media. It's dropped just in time for the holidays, but a RS spokesperson said it aims to promote chocolates as everyday gifts. 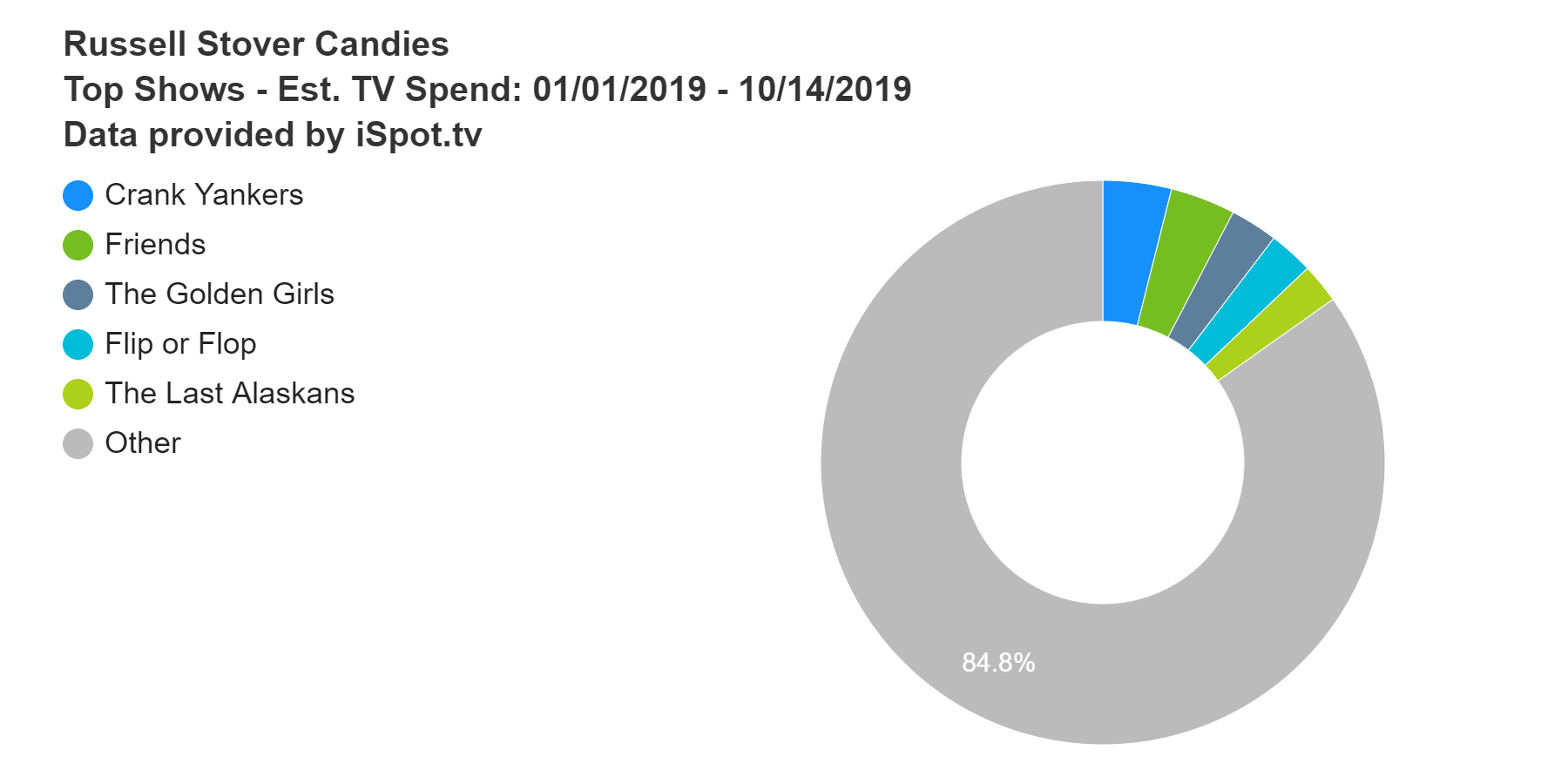 Since the spot debuted on Sept 30, iSpot reports that RS has spent $1 million, targeting various younger, nostalgic audiences (see targeting right). This is the first time the brand has allocated budget towards this channel since 2014, so we should see continued spend throughout the holiday season and Valentine's Day, when people are likelier to buy chocolates as gifts.

During the past 12 months, Adbeat reports that RS has spent $15,500 on digital display ads placed primarily programmatically via Google ($15,200) on sites such as mlb.com ($7,600), littlethings.com, ratemyjob.com and bettycrocker.com. This total marks a -88% decline from the $124,600 spent within the 12 months prior (Sept 2017-2018), but we should see an uptick in spend with this new campaign. Considering this drop, RS seems to be shifting dollars towards TV instead.

Global milk chocolate sales are expected to grow 6.2% by 2026, per CandyUSA.

Competing brand Godiva recently launched a campaign similarly geared towards everyday chocolate gifts, so sellers will want to differentiate RS and, considering its desire to modernize, put it in front of millennials and Gen-Z. The brand tends to target gift-giving men.

Agency & martech readers - RS's work is tied up with Cutwater, so prospect elsewhere for now. It handles media in-house.