California-based diner franchise Baskin Robbins. Since he's been increasing foot traffic for restaurants since ~1998, we should see increased sales with his hire. Adney will utilize all communication channels to continue BBD's years of growth, as stated in the press release.

This new hire follows BBD's expansion, and Adney will focus on strengthening the brand's message nationwide. Unlike many franchised eateries throughout the country, BBD has continued seeing growth for its 138 locations (14 states, widely on the West coast) and increasing profits, so sellers should have spending dollars available. We should see the company continue to grow with Adney's hire, since expansion has been a focus of the past; BBD has also shown a willingness to expand its marketing budget with this first CMO hire.

Adbeat estimates BBD spent $42.2k on digital display ads in 2019, most of which ran from March through May; 84% of these ads were reportedly placed site direct onto sites such as dailymail.co.uk ($12.1k), spanishdict.com, shareably.net, viki.com and westword.com. Compared to 2018, this is a decrease of -69% from the estimated $134k the company spent last year. 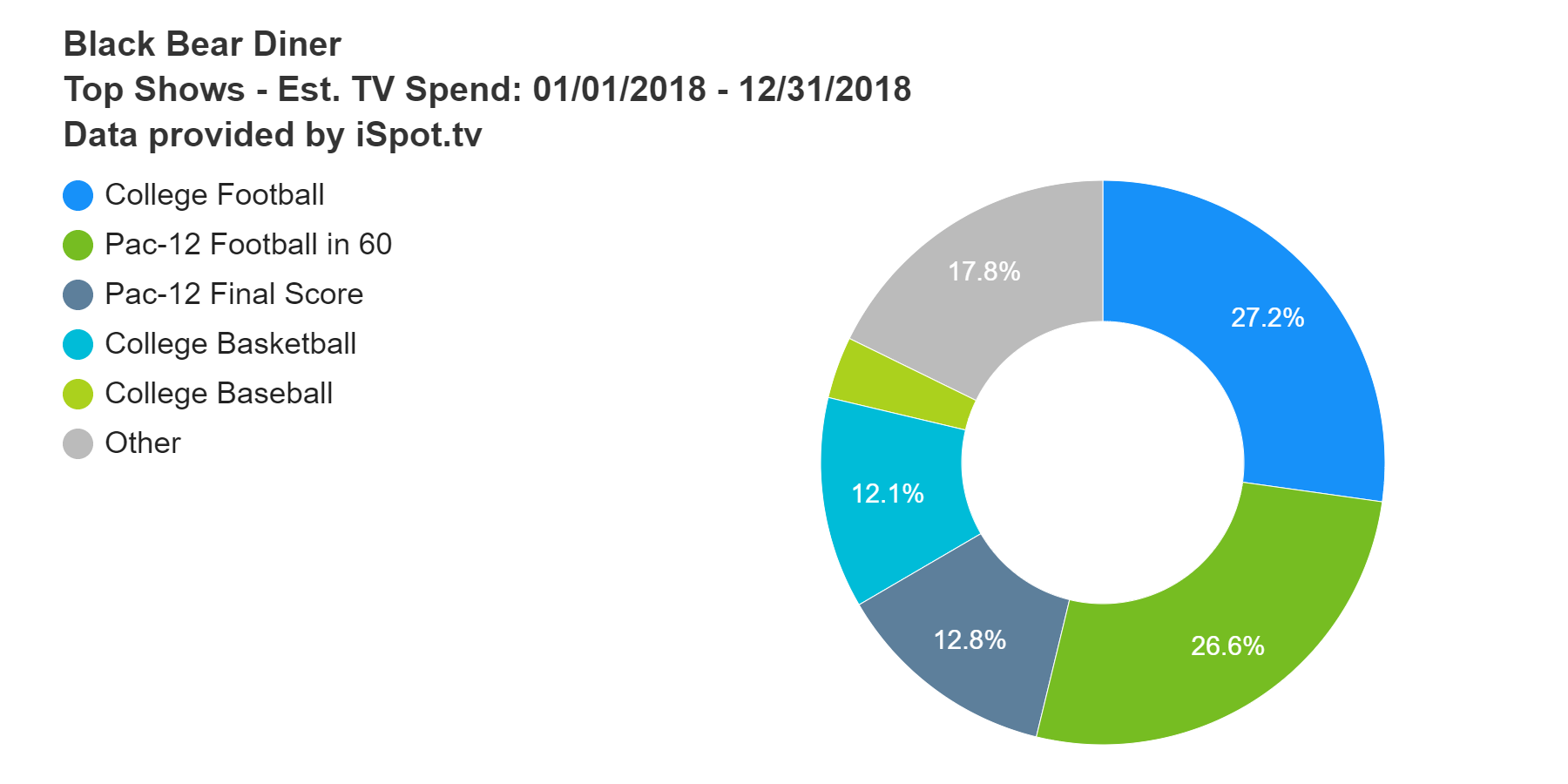 According to iSpot, BBD spent significantly more on national TV ads in 2018 (~$367.6k) with most spent dollars allocated toward Q4 followed by Q1. Although it appears to have shown TV ads in 2019, it seems the company didn't spend any money on TV ads in 2019. All seemingly dollar-free ads placed in 2019 played from August through December.

Sellers -- Offer digital ad space to this rapidly expanding company. BBD should continue to seek geographical growth with Adney's hire, and we may see more campaigns under way with his leadership.

Agency readers -- To the best of our knowledge, The Loomis Agency has maintained its title as AOR since the summer of 2018, and direct sources claim the AOR has met with Adney about its responsibilities. Keep this company on your radar for project-based or possible digital, creative assistance.