In a recent Q3 2018 earnings call, Vulnerable Account Index (VAI), has been able to shift some spend from direct mail and email towards national TV and radio advertising in order to drive online sales, along with more Spanish ads to boot, to grow its Hispanic market.

The company recently hired John Hazen, with experience including VP and SVP at Ring, True Religion Brand Jeans, and Fox Head, as chief digital officer, effective April (talk about digital focus; I guess you could say they have boots on the digital ground? My apologies). In February, BB also promoted Stephen Loscko from associate manager of media and loyalty to media manager. 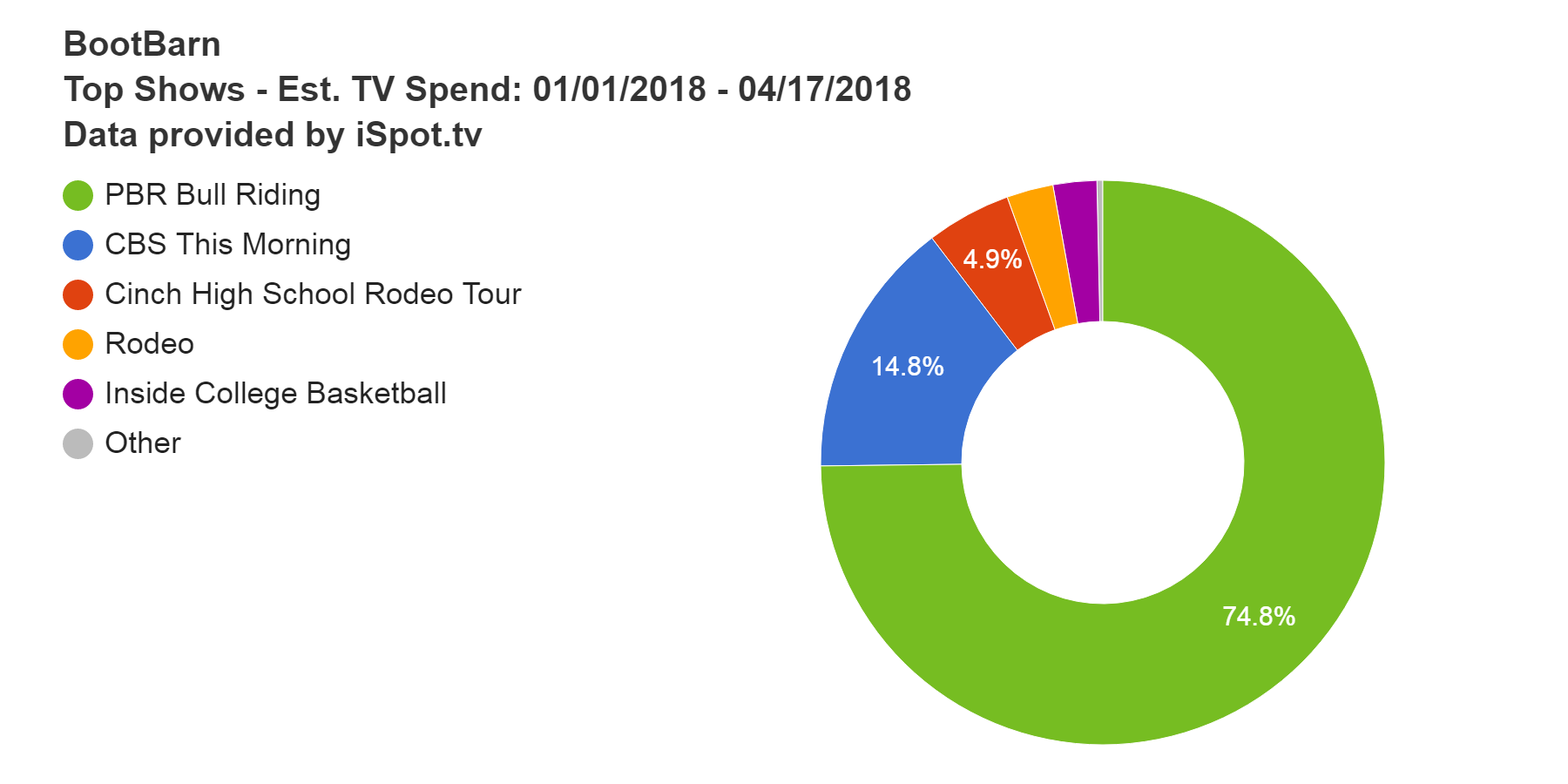 Digital work, along with media buying and planning, has been handled by HEILBrice since 2008, much longer than average tenure (2.5-3 years).

Agency readers - we told you in June that BB had named a new creative lead, and we are still trying to nail down exactly who that is. With this work off the table for the foreseeable future, turn your sights to national media work, as well as possible digital work, especially for BB's Sheplers and Country Outfitters brands, which live exclusively online, from what I can tell. Keep in mind that BB's marketing VP Jayme Maxwell Kennedy left the company in late 2016 and her replacement could be looking to infuse more money and new strategy into brand building.