Concluding the review that began Wavemaker, which has worked with the gas giant since 2003. The agency will handle media buying and planning for at least the next three years. 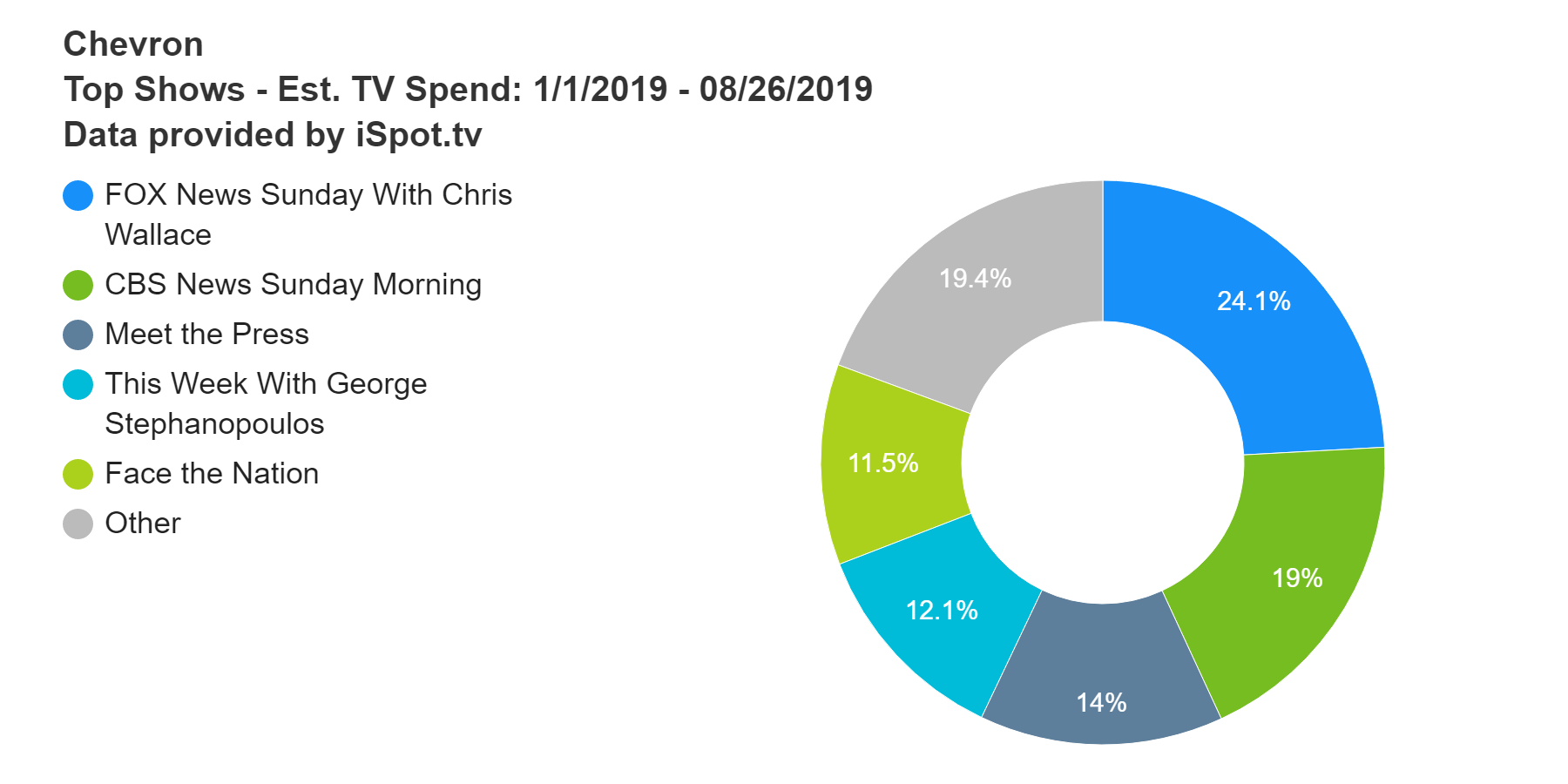 Per Kantar, Chevron's spend usually spikes during Q2-Q3. It uses broadcast, digital and OOH but seems to have stopped spending on print and radio. According to StatSocial, the company's target demographic largely consists of millennials and Gen-X (male skew).

Agency & martech readers - since, as you're well aware, reviews often follow one another, reach out soon for potential creative work. Competition will include creative AOR Bravo handles multicultural. Focus on differentiating Chevron from competitors like ExxonMobil and Shell.