Per Jay Salyers, CJRW's special projects SVP: "One focus will be personalized content. Of course we'll have content for the outdoor traveler, but we'll also serve up imagery and content specific to people who want a more urban vacation. Whatever we determine people are interested in, we'll have material specifically for them." Therefore, sellers should be reaching out for digital dollars here, as spend is this channel far outpaces TV spend. 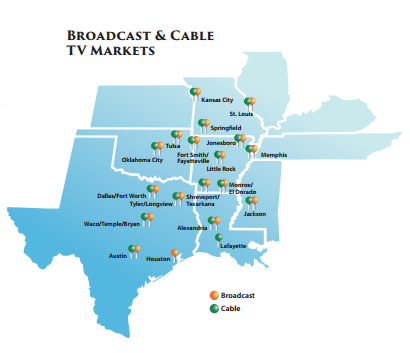 Note that, according to the 2016 Annual Report, neighboring states Texas, Missouri, Oklahoma, Tennessee and Louisiana are the primary out-of-state market for visitors. Sellers in these states, then, should be looking for dollars - particularly those in Dallas/Ft. Worth, Springfield, Mo.; Shreveport, La.; Memphis, Chicago and Tulsa. For 2015, Arkansas Tourism worked with Acxiom on an email marketing campaign that targeted motorcycle enthusiasts, which included retargeting efforts and new prospect targeting.

Consumer Media Target Audience: Per the Annual Report, Arkansas Tourism's target market for its 2016 Spring/Summer campaign was targeted to adults between the ages of 25-54, with a focus on women and families. The secondary target was adults ages 55+. In addition to the primary markets listed above, the organization's secondary geographic markets include: Ohio, Minnesota, Michigan, Indiana, Iowa, Illinois, Kentucky and Kansas.

Top ad destinations include bhg.com, bicycling.com, wfaa.com, allrecipes.com and thv11.com. This is nearly double what was spent during the same period last year - $873,000 (47.4 million impressions).