long after assigning Terminix selected Alex Ho as CMO for its residential business. In his previous role as the CMO of American Greetings, Ho reportedly reinvigorated the brand, its portfolio strategy and its digital and eCommerce channels, and he was behind the successful "World's Toughest Job" campaign, which drove record online sales and consumer engagement. Now, he will now spearhead all of Terminix's marketing responsibilities such as digital, brand, product management, pricing and eCommerce platforms.

Despite the global pandemic, Terminix continued to provide its essential services with no interruption in order to protect families and their homes safely. Most of its services are available outside homes, without entry or human contact, but the company also requires employees to utilize personal protective equipment (PPE) to avoid contact. 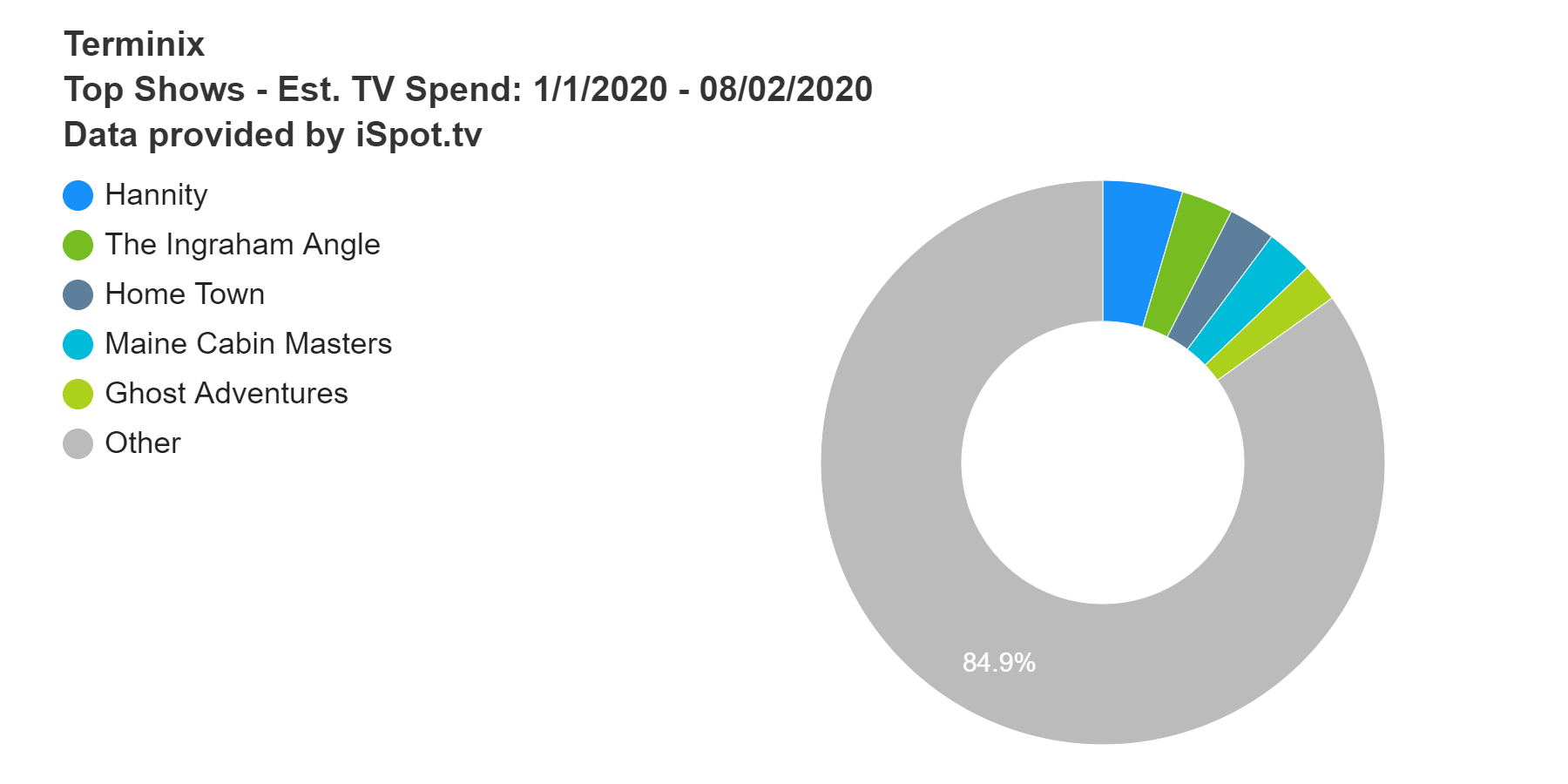 Since Terminix's national TV commercials for 2020 began rolling out in March, iSpot approximates $8.1m has targeted millennials and Gen-X (see targeting right), down 21% from the $10.2m spent by this point last year. The company spent around $12.5m total in 2019, a 6% drop from around $13.3m the prior year.

So far in 2020, Pathmatics estimates Terminix has generated 67.4m digital impressions via desktop display ads (56%), desktop video ads (22%), Facebook ads (21%) and mobile display ads (1%). Most desktop display ads were placed by Amobee and site direct onto destinations such as zillow.com, nextdoor.com, yahoo.com, trulia.com and finance.yahoo.com, and the majority of desktop video ads were placed site direct onto youtube.com. Terminix's YTD spend of $311.3k marks a nearly 5x increase from the $65.8k spent in the same 2019 timeframe; it has even already surpassed (and almost doubled) its full 2019 spend, which dropped significantly to $157.9k from $763k in 2018.