oriented restaurant chain Coca-Cola. We are unsure how this shift affects longtime incumbent Denise Williams, but we will let you know as we learn more.

In July, Hooters was acquired by Nord Bay Capital and TriArtisan Capital Advisors for an undisclosed amount; spend should increase as a result, considering Hooters's chances of having more spending dollars now. 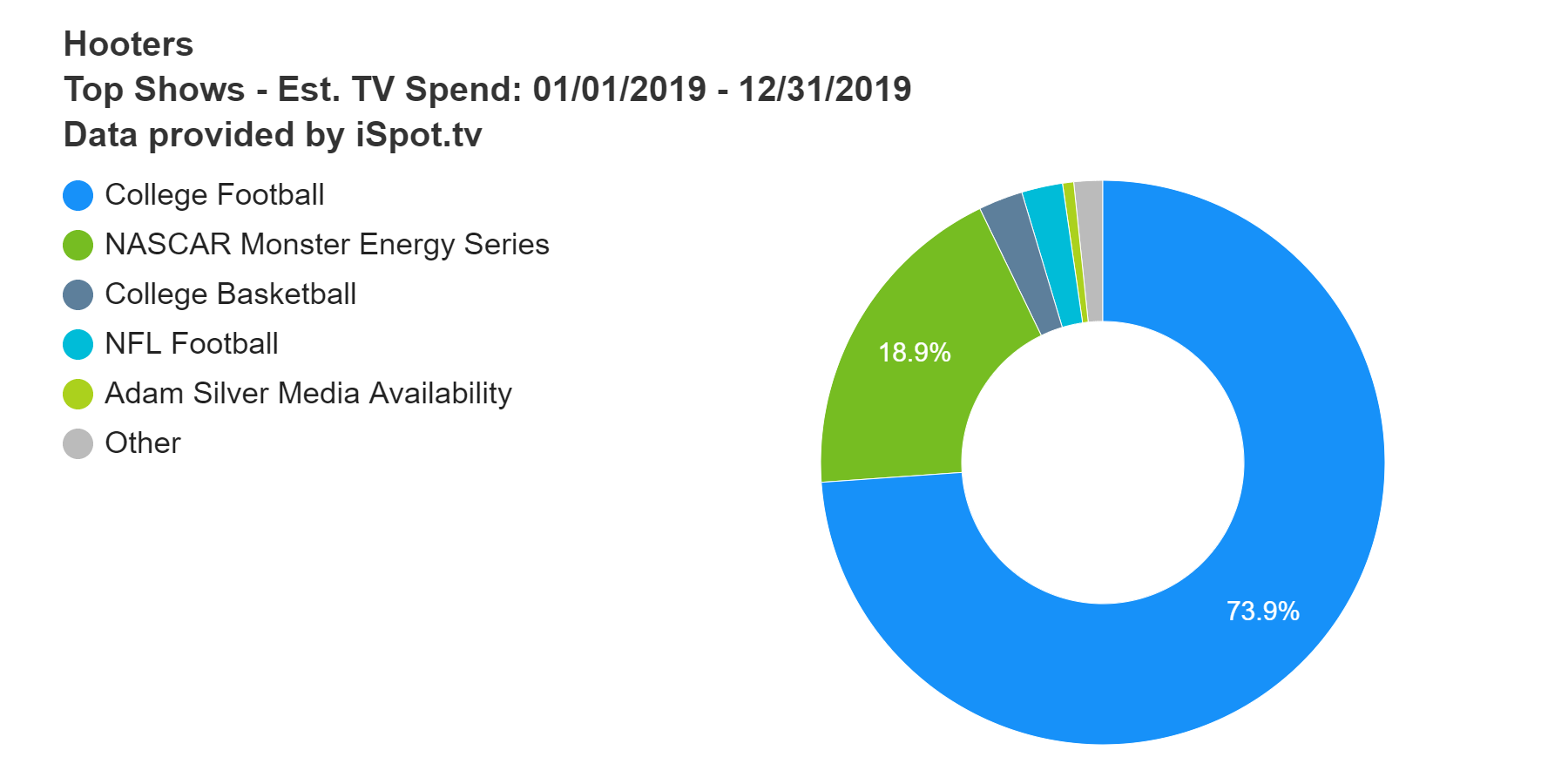 According to iSpot, most of Hooters's 2019 ads were placed during H2; it will likely follow a similar pattern in 2020. Its 2019 spend of roughly $4.7 million targeted male, sports-oriented audiences (see targeting right) and nearly halved from the roughly $8 million spent in 2018. This drop is likely a result of the company's increased focus on digital channels, probably in order to reach younger audiences.

Specifically, Adbeat reports that Hooters's 2019 digital display ad spend increased by 72% to around $696,200 from around $403,800 in 2018. Most of last year's ads were placed programmatically via Vindico ($529,600) onto publishers such as littlethings.com ($27,400), buzzfeed.com, answers.com, wikia.com and deviantart.com. Again, this targeting suggests a relatively young target demographic. Its top target US cities include Charlotte, Philadelphia and Boston.

In fact, Hooters recently added vegetarian, plant-based wings, supposedly in order to reach more millennials and women. Good luck with that. Kantar suggests that the company's spend spikes in Q4 (FY close is in December) and that it also utilizes search, OOH, local broadcast, print, social and radio. Hooters currently operates in 38 states, with most of its locations in the West, Southeast and Midwest (view map here).

Agency & martech readers - We may see Hooters switch around its agency roster under Skala's newly-broadened responsibilities; it certainly wouldn't hurt to reach out, especially if the company seeks a new permanent CMO. Your competition will include Morrison (creative and digital, start date unknown).